Why Sell Sake in the UK? Discover Trade Secrets from Market Experts

Bookings Essential; Admission Free
Bookings will close an hour before the event.

Disclaimer: The event is suitable for businesses 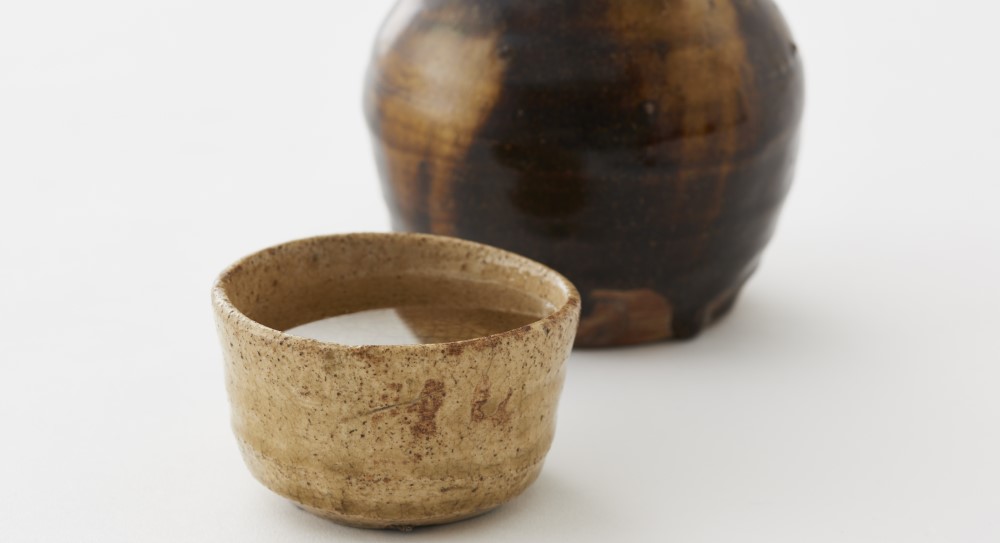 Get advice on how to expand your business and trade in sake in this networking and discussion event exploring the Japan-UK trade held in partnership with the National Tax Agency of Japan.

Divided in two parts, the event will begin with a sake seminar delivered by leading sake ambassador, Rie Yoshitake, focusing on the thriving export of sake and the UK market’s transitions, characteristics, trends and prospects.

A panel discussion comprised by leading experts of sake from both the UK and Japan will explore the issues distributors of sake face in the UK and solutions. During the discussion we will explore the current distribution and promotion of sake in the UK, we will hear directly from brewers on their businesses, from quality control to ways to enjoy sake, before diving into the factors influencing the purchase and promotion of sake in the UK.

This B2B event is aimed at current and prospective wholesale buyers, distributors, retailers and producers in the sake and wider liquor industry.

Watch a recording of this event

Managing Director
Wine Logistics UK
winelogistics.co.uk
With more than 16 years involvement with the International Wine Challenge, Chris has extensive experience in high volume wine logistics and delivery deadline solutions for the international wine and sake trade. Chris was instrumental in the development of sake within the IWC, and the subsequent global expansion of sake sales internationally. In 2020, Chris launched Wine Logistics to assist the trade with wine and sake logistics, short term storage, temperature-controlled storage for wines and sake and international shipping. Chris is a ‘Cool Japan Ambassador’ for the Japanese Government.

Director of Tengu Sake and Japanese Alcohol Specialist
Tengusake Ltd
tengusake.com
Oliver is a Sake Specialist and Director of Tengu Sake, a sake imports, wholesale & retail company. Tengu Sake supplies quality Japanese sake and spirits to some of the UK’s finest restaurants and bars and is the recipient of the International Wine Challenge’s ‘Sake Merchant of the Year’ award 2016 - 2019. In November 2019 Oliver was named as one of the ‘Future 50’ drinks industry professionals to watch.

Export Chief-in-charge, Sales Department
Dewazakurashuzo Co. Ltd
www.dewazakura.co.jp/en
Kamota has been in administration for exports since 2000 and has exported Dewazakura sake to 35 countries. He wants the Japanese culture to be more known to the world through sake.

CEO
Kamoizumishuzo Co. Ltd
sake-hiroshima.com/en/sakagura/kamoizumi
4th generation of Kamoizumisuzo, a brewer with its commitment to the Junmai (pure rice) brewing method that was established in Seijo, known as the ‘Sake Town’, in 1912. Kazuhiro is also the current head representative of Japan Sake Brewers Association Junior Council, an association of young sake brewers that coordinates with International Wine Challenge, Sake department.

Wine and Sake Marketing Distribution Consultant
Peter McCombie is a Master of Wine and a Co-Chairman and Acting Panel Chair, Sake at the International Wine Challenge, the world’s biggest and best sake competition. He consults on wine and sake for clients around the world and is an expert in pairing wine and sake with food. He endeavours to introduce sake to the world wine network, and currently working on sake listings for two wine merchants.

Managing Director
JFC (UK) Ltd
jfc.eu/en
Tetsusaburo Mogi is the Managing Director at JFC (UK) LTD., a Japanese food distributor. Sake had always been a focus throughout his 15 years at JFC. He has experience in promoting sake in various markets he has worked in, from San Francisco, Los Angeles, to Mexico City, and now the UK. Tetsusaburo has overseen the growth of sake market overseas, he strives to develop the profile of sake wherever he goes and has leant the local formula of success. He is JSA certified wine sommelier, SSI certified International Kikisake-shi, and WSET Level 3 Award in Sake holder.

Director
Naked Wines
www.nakedwines.com
Born and raised in Ireland, Ray found his passion for wine when working in a Dublin restaurant. On discovery of his new vocation, he applied himself wholeheartedly to the wine studies and won the George O’Malley Trophy for the highest tasting paper in Ireland in the WSET Diploma exam before moving to London where he worked as a sommelier for Gordon Ramsay. The six years spent working as Commercial Manager for the International Wine Challenge enabled him to train his palate for the practical paper of the Master of Wine exam and was also selected for the AXA Millésimes scholarship. Over the years, Ray has been a wine judge, ran his own wine school and won the Young Wine Writer of the Year Award in 2007. Since 2013, he has been the Wine Director for Naked Wines U.K. and spends a large amount of time in wine regions around the world sourcing new winemakers, with a keen focus on quality control. His other passions largely revolve around running, music and Guinness.

National Account Manager
Marussia Beverages UK Ltd
marussiabeverages.com
Scott Paine is a National Account Manager at Marussia Beverages UK Ltd with 17 years’ experience distributing and selling wine and spirits and a further 12 years of running restaurants, cocktail bars, nightclubs and events. Scott is responsible for distribution into wholesale nationally and overseeing successful implementation of Sake into key accounts. He has worked with Sake for the last 8 years at Marussia Beverages, devoting his passion and success on year-on-year growth of Sake‘s category of beverage in both the on trade and retail channels. Scott is passionate about the drinks industry, quality people, quality brands, quality outlets and quality suppliers. He takes pride in working towards a common goal for sake.

CEO & Founder
Sorakami Sake
sorakami.co.uk
Robin, born in France, grew up with a very biased and wrong image of sake. It is only during his education at Waseda University in Japan that he discovered the true beauty of sake. After 5 years in Japan he travelled back to Europe in London to complete his business education at London Business School. After a few years in the Tech industry, he became a certified Kikisake-shi and started the Sorakami adventure to promote premium Japanese sake in the UK. Robin is hoping to develop his sake business and seeking the opportunity to become one of sake importer/distributors. Sorakami is a sake club and e-commerce platform where anyone across the UK can try and learn about Japanese sake. Their members receive their monthly magazine and curated selection of sake to their home.

Managing Director
World Sake Imports
worldsake.com
World Sake Imports UK is the branch of a US based sake specialised imports company. Asami is the Managing Director at World Sake Imports (WSI) UK. WSI supplies sake to over 100 high-end restaurants throughout the UK. Asami played a key role in the growth of sake sales in NYC for WSI and helped to foster the Sake boom in New York City. She moved to London and opened the UK market in 2008. She is a panel chair of IWC Sake Competition. Currently Asami is focusing on building a retail and online business to cope with the new environment.

Sake Promoter, UK-Japan Communication Consultant
Yoshitakeassociates.com
Yoshitake Rie is the UK-Japan communication consultant and a leading sake ambassador in Europe, where she represents The Japan Sake and Shochu Maker’s Association (JSSA), Sake Samurai Association (SSA), and the International Wine Challenge sake competition (IWC). She is also a director of the Japanese Culinary Academy in the UK, and the Japan Society. Rie has been spearheading numerous sake and Japanese food promotion campaigns at the highest profiled environment such as the Houses of Parliaments, embassies, universities and international corporations across Europe and the UK. Rie has come to be known as the “Sake Lady” of London, her adopted home, where she received the Japanese MAFF Minister’s Award (2014) and the Foreign Minister’s Award (2019) for her contribution towards raising the profile of Japan’s national drink and cuisine.

Director of Programming
Japan House London
Simon Wright has over 30 years’ experience of work with, or in, Japan - notably his work with the Embassy of Japan in London curating exhibitions and programming events with an emphasis on innovation and emerging Japanese talent. He has worked on events such as Premiere Japan (2005-2011), Giant Japanese Jamboree (2008), Akari Lantern Project (2011), Festival of Love Tanabata (2014), Satsuma 150 (2015), and Japan Matsuri (2009-present). For Simon, Japan House London is a place to discover and explore how Japanese tradition informs the present and the future.