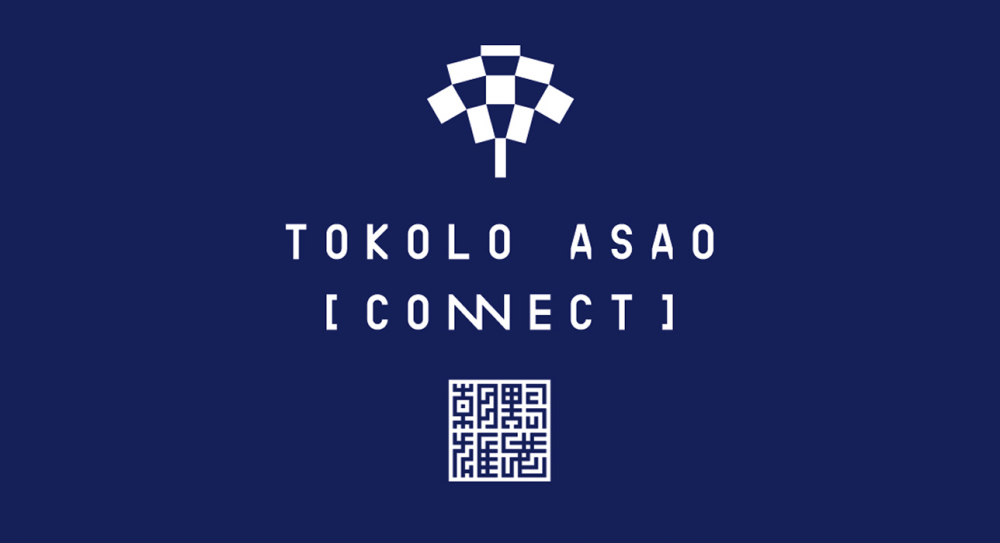 Tokolo Asao (b.1969) studied architecture from a young age and now works in the interdisciplinary fields of art, architecture, and design. He has a connection with London already having studied under Egashira Shin at the Architectural Association. Since 11 September 2001, Tokolo has been producing patterns to the theme of ‘connecting’.

His patterns are created based on simple geometric patterns and he applies the same principles to his three-dimensional works. The Tokyo 2020 Olympic and Paralympic Games brought him to the world’s attention, when his graphic art Harmonised Chequered Emblem was chosen for the Olympic and Paralympic emblems. Tokolo is an artist who is happy to share his work with anyone. He will explain project after project with intense curiosity and passion for what he is doing. So, if you ask, he will tell you that the emblem is made up of three specific rectangles that connect at every corner and can fill a circle perfectly. Although at first glance the simplicity and elegance is deceptive, further inspection reveals the complexity of the arrangements could have only been made possible as a result of intricately thought-out logic.

This exhibition shows a sample of Tokolo’s work from the past 20 years, all with the characteristic of ‘connection’. His collaborations with skilled craftspeople in a variety of media include lacquer, porcelain from Arita and Edo kiriko cut glass from Tokyo. Throughout, the colour ai – Japanese indigo – is evident, a durable and weather-resistant colour which stays true over time. 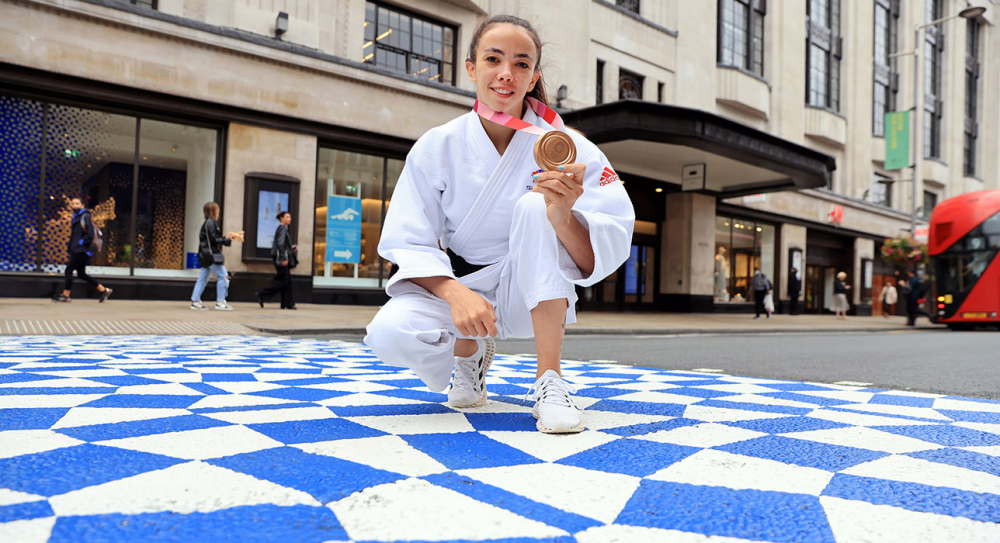 A brand new artwork has been specially designed by Tokolo for Japan House London. A large-scale geometrically patterned street crossing has been created just outside the building entrance, guiding visitors into the exhibition on the Ground Floor. The striking pattern echoes Tokolo’s artwork for the Tokyo 2020 logos, Harmonised Chequered Emblem.

With his energy and exuberance, Tokolo connects different disciplines, places, people he meets, 2-D and 3-D, mathematics and material, abstract and specific. Amid this rich complexity, he reveals beautiful harmonies, through logic, observation, experiments, and the intuition of a true artist. 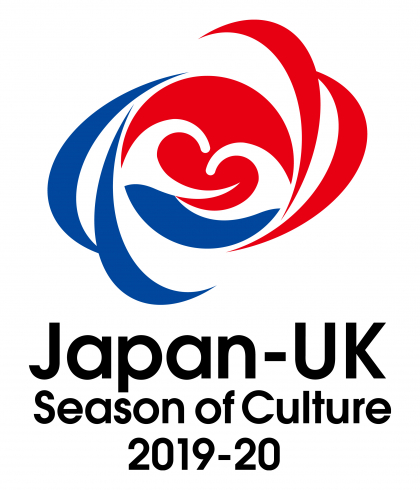