The Making of 'The Lost Textile of Ryukyu': In Conversation with Director Tsuchie Makiko and Textile Designer Sudō Reiko

Booking Essential; Admission Free
Bookings will close one hour before the event. 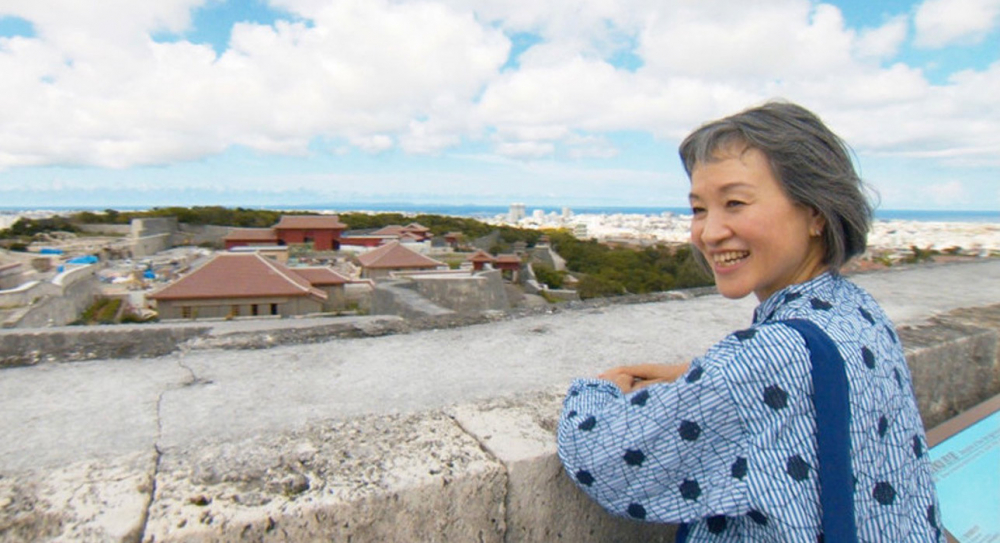 Get a behind-the-scenes insight into the filming of the documentary The Lost Textile of Ryukyu in a special online conversation featuring its director, the award-winning Tsuchie Makiko, and presenter, leading textile designer Sudō Reiko.

The documentary, which is screening at Japan House London from 10 to 25 July 2021 in partnership with NHK World Japan, takes viewers on a journey through Japan’s southern prefecture of Okinawa, in a search for the secrets of an elusive fabric called ton-byan.

Director Tsuchie Makiko has sought to shine a spotlight on this forgotten textile since she first heard about it 20 years ago, and the fabric has long held a fascination for textile designer Sudō Reiko. During the event they discuss what drew them to the topic and their experiences and challenges in making the documentary which was filmed in 2020 during the COVID-19 pandemic.

During this live online event, moderated by Japan House London Programming Director Simon Wright, there is an opportunity for registered guests to ask questions to the speakers.

About The Lost Textile of Ryukyu

The Ryūkyū Kingdom (15th to 19th centuries CE) was a kingdom in the tropical island chain to the southwest of mainland Japan. Today, these islands make up Okinawa Prefecture. The kingdom flourished through international trade, especially with China, and developed a distinct culture known for its beautifully dyed and woven textiles. While craftspeople made painstaking efforts to revive some of these traditions after they were lost in World War II, one particularly exquisite type of fabric called ton-byan remains a mystery. Join leading Japanese textile designer Sudō Reiko as she travels around Okinawa, searching for the secrets of this lost craft.

The Lost Textile of Ryukyu is screening at Japan House London from 10 to 25 July 2021. Click here for more information and to book tickets. For those unable to attend the screening, the documentary is available to watch on the NHK World Japan website.

Tsuchie Makiko
Tsuchie Makiko worked as a reporter for TV Asahi Naha and in the news department of Ryukyu Asahi Broadcasting. She received the Broadcast Woman Award in 2002. Since 2006 she has been a freelance director. She has also been a specially appointed professor in the Faculty of Economics at Shiga University between 2008 and 2011 and a Research Fellow in the Institute of Law and Politics at Okinawa International University. Her broadcasting work has received various awards including The Japan Commercial Broadcasters Association Excellence Award and the Galaxy Awards Encouragement Prize. Her published works include The Reversion of Okinawa: A Case Study in Interagency Coordination (Iwanami Shoten).

Sudō Reiko
Sudō Reiko was born in Ishioka City, Ibaraki Prefecture. After serving as a textile laboratory assistant in the Department of Industrial, Interior, and Craft Design at Musashino Art University, she helped found Nuno Corporation. As Nuno's Design Director, she combines Japanese traditions of dyeing and weaving with cutting-edge technology to create a wide range of innovative textiles. Sudō received an honorary MA degree from the University for the Creative Arts (UK), and has been an Emeritus Professor at Tokyo Zōkei University since 2019. Since 2008, she has worked in fabric planning and development for Mujirushi Ryōhin (MUJI) and the Tsuruoka Textile Industry Cooperative, and in design advising for AZU. She joined MUJI's Advisory Board in 2016. Recipient of the Mainichi Design Award, the Rosco Design Prize, the JID Award, and many other honours, Sudō has received high acclaim within Museum of Modern Art (USA), The Metropolitan Museum of Art (USA), Boston Museum of Art (USA), the Victoria & Albert Museum (UK) and The National Museum of Modern Art Tokyo (Japan) among many others. Representative projects include textile designs for Mandarin Oriental Tokyo, the Tokyo American Club and Oita Prefectural Art Museum. Sudō is frequently invited to give lectures and hold exhibitions around the world, including the major Koi nobori Now! textile installation at the National Art Center Tokyo in 2018 and Sudō Reiko: Making NUNO Textiles at the Centre for Heritage Arts & Textile Hong Kong in 2019.

The Lost Textile of Ryukyu