The History of Sakai: in Conversation with Simon Kaner and Sakai City Museum 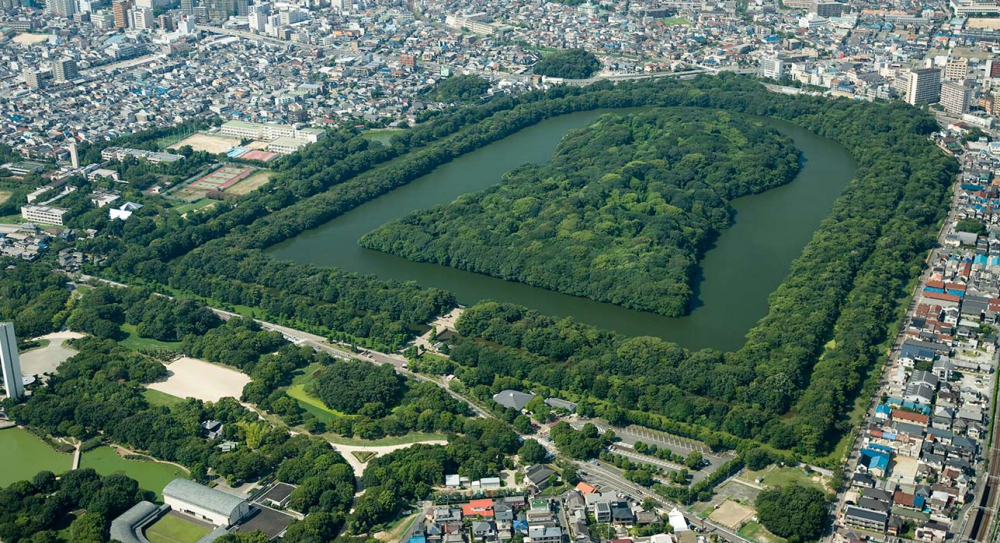 Sakai is the second largest city in Osaka Prefecture, with a long history of trade culture developed through commercial exchange. In addition to its rich food culture and a flourishing industry of high-quality knives, Sakai is also famous for its very large kofun (burial mounds), dating from the 5th and 6th centuries CE.

For the first event in the series held in collaboration with Sakai City in Osaka Prefecture, Japan House London is delighted to invite two curators from Sakai City Museum: Shirakami Noriyuki, whose presentation focusses on the history and characteristics of Sakai's renowned hand-forged knives, and Tachibana Izumi who explores the archaeological mystery of the Mozu kofungun, a group of megalithic tombs originally consisting of more than 100 units of which only 44 remain today, and the relics that have been excavated from the site.

The participants are also joined in conversation by Simon Kaner, Executive Director of the Sainsbury Institute for the Study of Japanese Arts and Cultures (SISJAC) as the guest Chair of this event.

There is an opportunity for registered guests to ask questions to the speakers during this live, online event.

Shirakami Noriyuki
After graduating from Kansai University, Shirakami Noriyuki joined the Sakai City Hall in 1983. Since then, he has been researching the history of Sakai City at the Sakai City Museum, focusing on the buried cultural properties. Some of his recent publications include the paper “The Area After the Construction of the Mozu Tombs and the Tsutsui Family” in Mozuno After the Construction of the Kofun Group Centered on the Tsutsui Family (2021) and “The Name of the Kofun that Became the Emperor's Tomb” from a collection of memorial papers by Professor Shiraishi Taichiro, Kofun and Problems of the State Formation Period (2019).

Tachibana Izumi
Tachibana Izumi graduated from a MA degree course in Literature at Osaka University with a focus on haniwa, ancient clay dolls, in the Kofun period. Her most recent publication includes “Tsuitate Haniwa excavated from the Chinooka Kofun” in Haniwa Ronso No. 9-Noriyuki Shirakami's 60th birthday commemorative issue (2019).

Simon Kaner
Professor Simon Kaner is Executive Director of the Sainsbury Institute for the Study of Japanese Arts and Cultures, where he is also Head of the Centre for Archaeology and Heritage, and Director of the Centre for Japanese Studies at the University of East Anglia. He curated the exhibition The Power of Dogu at the British Museum, where he is also closely involved in the Gowland Project, reassessing the Kofun period materials and archive accumulated by William Gowland, who investigated many kofun in Osaka and elsewhere in the 19th century. His recent publications include An Illustrated Companion to Japanese Archaeology and The Archaeology of Medieval Towns: Case Studies from Japan and Europe, both available from Archaeopress of Oxford. One of his pandemic projects is the Online Jomon Matsuri.