The Great Race! – Kamishibai Storytelling by A Thousand Cranes

*Spaces for each performance are limited; entry is on a first-come first-served basis.
Children must be accompanied by an adult. 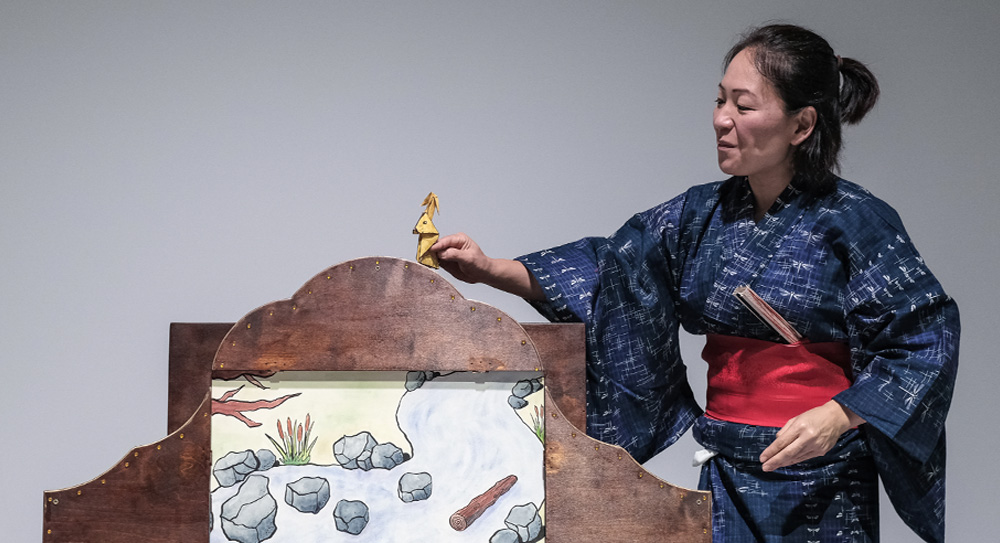 Discover the legendary origins of the zodiac used in Japan in a series of kamishibai storytelling performances presented by A Thousand Cranes.

Japan follows the Chinese zodiac system: a cycle of 12 years, with each year bearing the name of a different animal. But how did each animal find its place in this sequence?

Legend has it that the Jade Emperor asked 12 creatures to take part in a great race to decide their spot in this 12-year cycle. Their years would depend on the order in which they finished. Who will come first? Will it be the wily Snake, the magnificent Dragon or the spirited Rat? Expect lots of fun, plenty of drama, and many surprises, as the race presents all sorts of problems for those taking part.

The performance is presented by Kuroda Haruka using kamishibai (lit. ‘paper theatre’), a form of illustrated street storytelling which was popular in Japan from the 1930s to early 1950s before the advent of television. At this time, it was typically performed by wandering storytellers, travelling from town to town with a small kamishibai stage strapped to the back of their bicycle. Announcing their arrival in a new town using wooden clappers called hyōshigi, these storytellers would make their living by selling sweets to the children who gathered to watch the performances. During a kamishibai performance, the storyteller uses a set of illustrated story boards which are inserted into the stage and removed one by one as the plot unfolds.

Please choose a date below and click on the button to book your free ticket. You will be able to select your preferred performance time at the point of booking.

Japan House London is a COVID-secure venue. Please visit our COVID-19 webpage for more information about the measures we have implemented to ensure your safety.

Kuroda Haruka trained at Guildford School of Acting. Since graduating, she has worked extensively in TV, Film and Theatre. She is also a Voice-Over Artist, Fight Director and Intimacy Coordinator. Find out more about Kuroda Haruka's work on her website.

About A Thousand Cranes:

A Thousand Cranes was founded in 2006 by performer Kumiko Mendl and writer and director Vicky Ireland to bring the many fascinating stories and cultures of Japan to UK audiences. They have performed throughout the UK and abroad. A Thousand Cranes is an Artistic Associate of artsdepot. Find out more about A Thousand Cranes theatre company on their website.