Shinkansen and the Legacy of Tokyo 1964

*This event will also be livestreamed online on Zoom, Facebook, YouTube and LinkedIn where a recording will be available following the event. 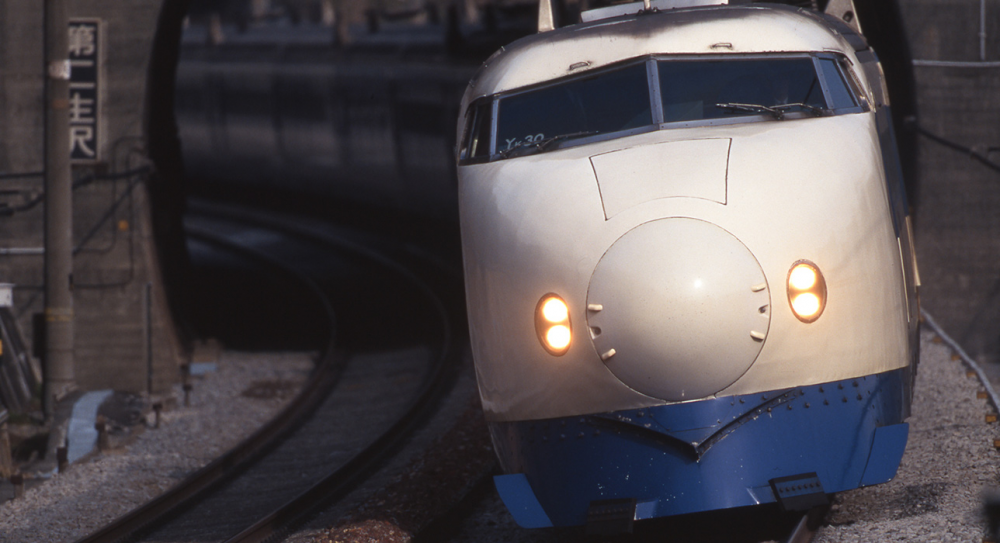 The Tōkaidō ‘New Main Line’ – Shinkansen – was inaugurated on 1 October 1964, just 10 days before the opening of the historic Tokyo 1964 Olympic Games, and it was viewed by many as a symbol of Japan’s post-war modernization. The ‘Series 0’ Shinkansen train, the first in the world to operate commercially at a top speed of 210 kph, was met with widespread enthusiasm, and was quickly dubbed the ‘bullet train’ for both its great speed (connecting Tokyo to Osaka in only 4 hours instead of the 6 hours 30 minutes on a conventional express) and for the aerodynamic shape of its nose.

As part of the program of events in conjunction with the exhibition Tokyo 1964: Designing Tomorrow Japan House London is delighted to look at how the Games have been fundamental to the reshaping of the urban fabric of Tokyo in partnership with the Central Japan Railway Company.

In this first event, Ueno Naoyuki, General Manager of Central Japan Railway Company’s London office, explores the history and development of the Shinkansen within the economic and social growth of Japan. He is joined in conversation by Professor Roderick Smith, Emeritus Professor of Railway Engineering at Imperial College London, who offers his perspective on why the railway system has been important in the advancement of Japan in terms of technological achievements and how the Tokyo 1964 Olympic Games were a catalyst of change for the whole nation.

Visitors to Japan House London can see a model of the ‘Series 0’ Shinkansen in our exhibition Tokyo 1964: Designing Tomorrow and a model of the latest Series ‘N700S’ Shinkansen, which entered into service on 1 July 2020, on display in The Shop until 7 November 2021.

Whilst the seats for the event at Japan House are now fully booked, you have the option of registering to join the event online via Zoom.

Ueno Naoyuki is the General Manager of Central Japan Railway Company’s London office. He joined the company in 1996 after graduating from the University of Tokyo’s School of Engineering. He has been involved in developing and maintaining Shinkansen trains since he started his career as a Shinkansen driver. He has also been heavily involved in the company’s international business. Firstly, as manager of the London office between 2005-2009, which included a year working as a researcher for UK railway organisations. He then worked as manager of the Washington DC office between 2013-2016, promoting Shinkansen and Maglev systems in the USA.

Professor Roderick A Smith is currently Emeritus Professor of Railway Engineering, Imperial College London and Chair of the Future Railway Research Centre. He was Chief Scientific Advisor to the Department for Transport from 2012 to 2014 and was 126th President of the Institution of Mechanical Engineers 2011-12. He is currently an Infrastructure Commissioner for Wales. He is director of his own consulting company, and has advised on many engineering issues throughout the world. He is frequently called as an expert witness in legal cases. He works with many major railway organisations in Japan including JR Central. Twenty years ago, he facilitated the gift of a 'Series 0' shinkansen to the National Railway Museum in York.