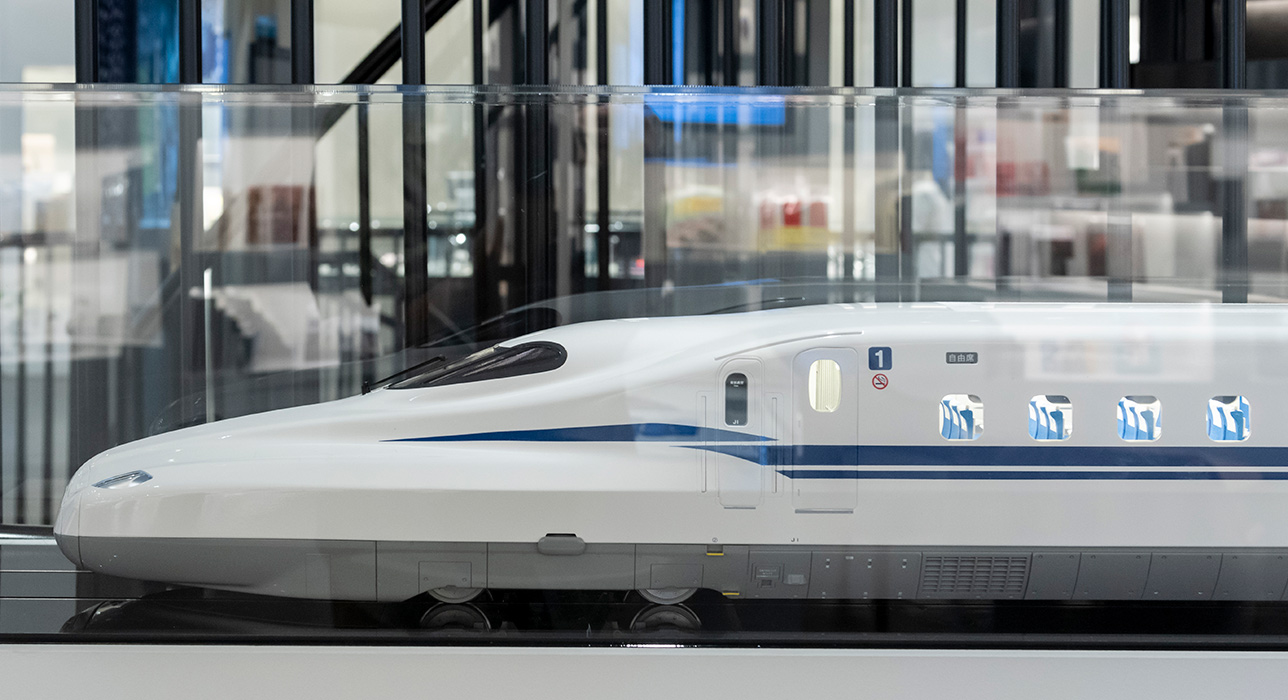 The Shinkansen, 'bullet train', is considered an iconic symbol of Japanese technology and innovation and runs along various lines connecting the country – from Hokkaido in the north to Kyushu in the south. The first generation ‘Series 0’ Shinkansen entered into service on the Tōkaidō Shinkansen line which was inaugurated just 10 days before the opening ceremony of the first Tokyo Olympic Games in October 1964 and was the world’s first high-speed rail line. Since it commenced operation, the Tōkaidō Shinkansen, connecting Tokyo with Kyoto and Osaka, has carried approximately 6.5 billion passengers.

The award-winning 'Series N700S' ('S' is for Supreme) Shinkansen is the newest 'bullet train' model to hit the Tōkaidō Shinkansen tracks, having commenced operation in July 2020. Running at 300 kph, it boasts the latest cutting-edge features in Japanese train technology: next-generation semiconductors and reduced air resistance resulting from a sharper nose and curvier body design make for a more streamlined, lightweight train that consumes 7% less energy than its predecessor. The sharp nose – the ‘Dual Supreme Wing’ – also significantly reduces noise levels when entering tunnels, making the journey more pleasant for passengers.

This new series is not only greener, lighter and quieter than before, but also safer. An improved braking distance of 285 kph and newly developed battery-based self-propulsion system further reduce the level of risk in the event of a natural disaster, and allows for the safe transportation of passengers to an evacuation point if a power outage occurs.

Guests may also see a model of the ‘Series 0’ Shinkansen in the Tokyo 1964: Designing Tomorrow exhibition in the Gallery.

Shinkansen and the Legacy of Tokyo 1964