Dr. Brittain and Noel Thatcher’s presentations will also be live-streamed online on Facebook, YouTube and LinkedIn where a recording will be available following the event. 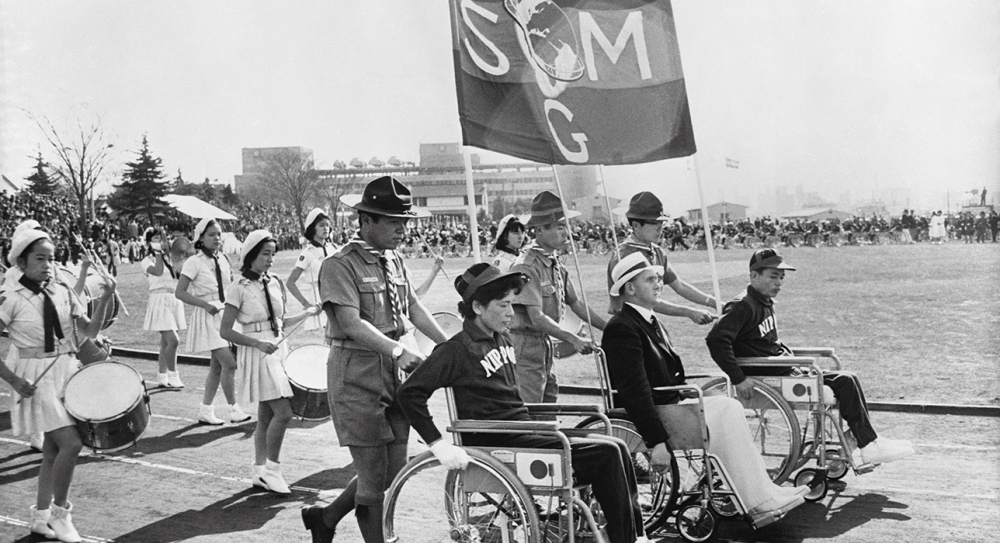 Tokyo 1964 marked the first time the term ‘Paralympic’ was used for the Games that had been known until then as the Stoke Mandeville Games (although it was the second time such Games had been held in the same city as the Olympic Games).

Recently restored after being rediscovered in the archives of Kadokawa Corp., it is an intimate documentary which offers a fascinating account of the Tokyo Paralympic Games of 1964 and allows insights into the journey of several pioneering Japanese athletes whose participation (along with that of over 300 other athletes from 20 national teams) helped raise disability awareness in their home country.

Each screening is preceded by a brief presentation: on Wednesday 22 September Dr Ian Brittain, Associate Professor at Coventry University, offers an historical overview of the Tokyo 1964 Games and their impact on society, while on Friday 29 October six-time Paralympian Noel Thatcher brings an athlete-centric perspective on the legacy of the Games and the evolution of Parasport.

Please choose a date below and click on the button to book your free ticket.

Screening in Japanese with English subtitles. Duration of the film: 63 minutes

Watanabe Kimio (1918–1983) was born in Chiba Prefecture. Known more as a cinematographer throughout the 1940s to the 1960s in Japan, he has a decorated career in film. One of his productions, Shirasagi (The White Heron, directed by Kinugasa Teinosuke) was screened and nominated for the Palme d’Or in the 1959 Cannes Film Festival. Watanabe also lent his skills to Ichikawa Kon – the director of Tokyo Olympiad – in his classic film Nihonbashi (Bridge of Japan, 1956.

Dr Ian Brittain is an Associate Professor (Research) in the Centre for Business in Society at Coventry University. He is an internationally recognized expert in the study of disability and Paralympic sport and has attended the last five summer Paralympic Games in Sydney, Athens, Beijing, London and Rio. He specializes is sociological and historical aspects of disability and Paralympic sport with a particular interest in the history of the Paralympic and Stoke Mandeville Games and social legacies of the Paralympic Games for disabled people living in the host city.

Noel Thatcher MBE is a six-time Paralympian representing Great Britain in Athletics between 1984 and 2004 and winning a total of ten medals including five Gold at distances from 400 to 10,000 metres. He first visited Japan in 1992 where he competed in the First World Marathon Cup for the visually impaired in Miyazaki. Subsequently he raced and trained extensively all over Japan and spoke in schools and universities on Parasport and disability issues. Noel studied Japanese at SOAS achieving the JLPT level 1 in 2003, becoming the first visually impaired person to do so. He took third place in the 1997 Sir Peter Parker Business Japanese Speech Contest. Leading up to the Tokyo 2020 Paralympics, Noel worked closely with the Embassy of Japan, the Japan Foundation London, the Japan Sports Council and Daiwa Foundation. He also worked with Paralympics GB, UK Sport, the English Institute of Sport and a number of national sports governing bodies teaching Japanese language and culture. Noel is co-host of the Japan Sports Stories podcast along with Mike Salter.