Various dates from September to November 2021

Booking Essential;  Admission Free
*Please note that seats are limited for these events. 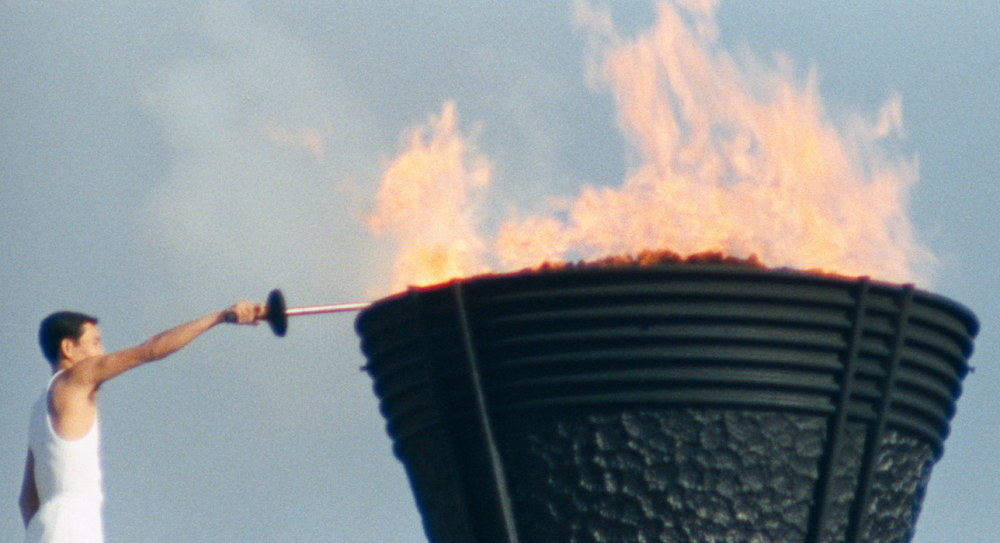 In conjunction with the exhibition Tokyo 1964: Designing Tomorrow, Japan House London is delighted to introduce a series of free screenings of the pioneering documentary Tokyo Orinpikku (Tokyo Olympiad, released in 1965) by filmmaker Ichikawa Kon, a key figure of Japan's ‘Golden Age’ of cinema in the 1950s.

Commissioned by the Japanese Olympic Organizing Committee, Ichikawa’s revolutionary documentary of the Tokyo 1964 Olympic Games blends together a portrayal of the humanity of the competing athletes with cutting-edge technological achievement, such as the use of telephoto lenses, widescreen images, freeze-frames, dramatic slow-motion sequences, and many other visual effects.

It is regarded as one of the greatest films about sport of all time. Rather than a celebratory representation of Japanese victories, the film takes a more personal, emotional and authentic approach, with Ichikawa focusing on the human body and its struggles and limitations during the Games, capturing a new vision of the athletes and their sporting performances.

Please choose a date below and click on the button to book your free ticket.

Please keep an eye on this page as more dates might be introduced as they become available.

Ichikawa Kon (1915–2008) was a major figure in Japanese post-war cinema. His films examined the tensions and changes that characterized this period. He graduated from the University of Tokyo in 1933. His early films were comedies, though he also created social dramas in which misfits and outsiders struggle against the pressures of a new Japan, in addition to several notable literary adaptations. It was the films he made with a strong anti-war message that brought him to the attention of those outside Japan. Many of his most powerful works were scripted by his wife Wada Natto including The Burmese Harp (1956) and Conflagration (1958) based on a novel by Mishima Yukio.