Witness to the 1964 Olympic Torch Relay: How the Olympic Flame Brought Excitement and Hope to Asia 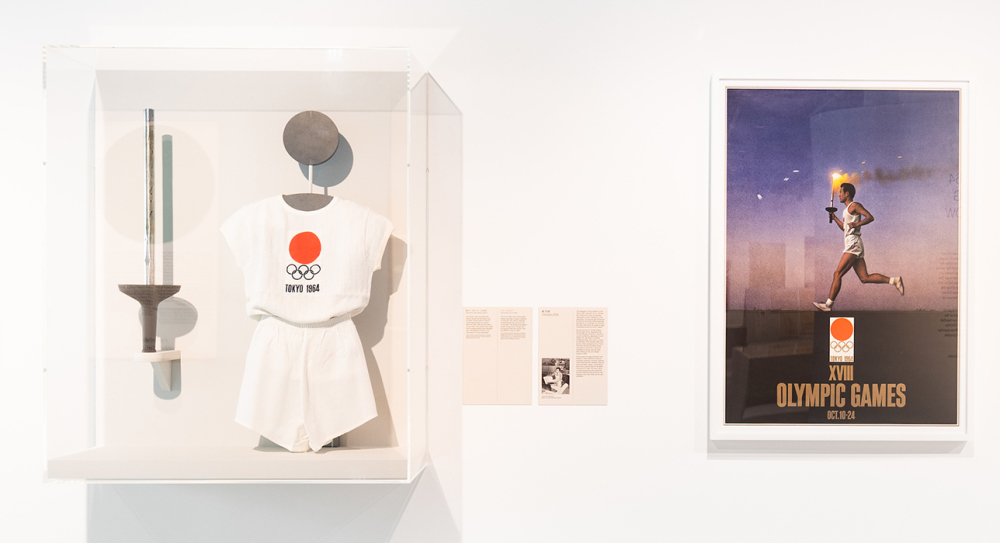 The 1964 Tokyo Olympic Games were the first Games to be held in Asia. As the Olympic flame made its way to Japan after being kindled in Greece, huge enthusiastic crowds welcomed its arrival across Asia on its journey spanning 12 countries and around 16,000 kilometres.

Kuno Akiko was 24 years old and working in the Olympic Organizing Committee’s public relations department when she was selected as a member of the Overseas Olympic Torch Relay Mission.

As part of a 40-member team, Kuno travelled with the flame for 10 days on its journey from India to Okinawa, passing through Yangon (then Rangoon), Bangkok, Kuala Lumpur, Manila, Hong Kong and Taipei. Less than 20 years after the end of World War II, young runners wearing uniforms emblazoned with a hinomaru (a red sun disc, as seen on the flag of Japan) now represented hope and the possibility of peace and recovery.

During this live online event, Kuno discusses her memories of the summer of 1964 in conversation with Roy Tomizawa, author of 1964: The Greatest Year in the History of Japan – How the Tokyo Olympics Symbolized Japan’s Miraculous Rise from the Ashes.

This event coincides with the exhibition Tokyo 1964: Designing Tomorrow on display at Japan House London until 7 November 2021. Visitors to the exhibition, which explores the pioneering design and architecture of the Games, can see a number of items relating to the Torch Relay including the Olympic Torch and Torch Holder designed by Yanagi Sōri and the uniform worn by Torch Relay runners.

Roy Tomizawa celebrated his first birthday on the opening day of the 1964 Olympics. His father worked with the NBC News crew that broadcast those games to homes in the United States. A former print journalist from New York, Roy wrote the book, 1964: The Greatest Year in the History of Japan – How the Tokyo Olympics Symbolized Japan’s Miraculous Rise from the Ashes. Roy is a leadership and talent development consultant from New York with over 30-years’ experience in Asia, working for such companies as MetLife, Nikko Asset Management, Microsoft, DBS Bank, Morgan Stanley and Mercer Human Resource Consulting.

Kuno Akiko graduated from Keio University in Tokyo in 1964, the year of the Tokyo Olympic Games. She worked for the Public Relations Section at the Olympic Organizing Committee where she dealt with officials from the IOC and international sports organizations. She was selected as a member of the Overseas Olympic Torch Relay Mission. After the Olympics she joined an international non-profit organization called CWAJ to commit herself to educational, cross-cultural exchange and scholarship programs. She served as President in 1985. In 1994, she assumed the position of Executive Director of the America-Japan Society as its first female director. She devoted herself to promote better understanding between Japan and the US through various activities. She now acts as Vice President of the Society.