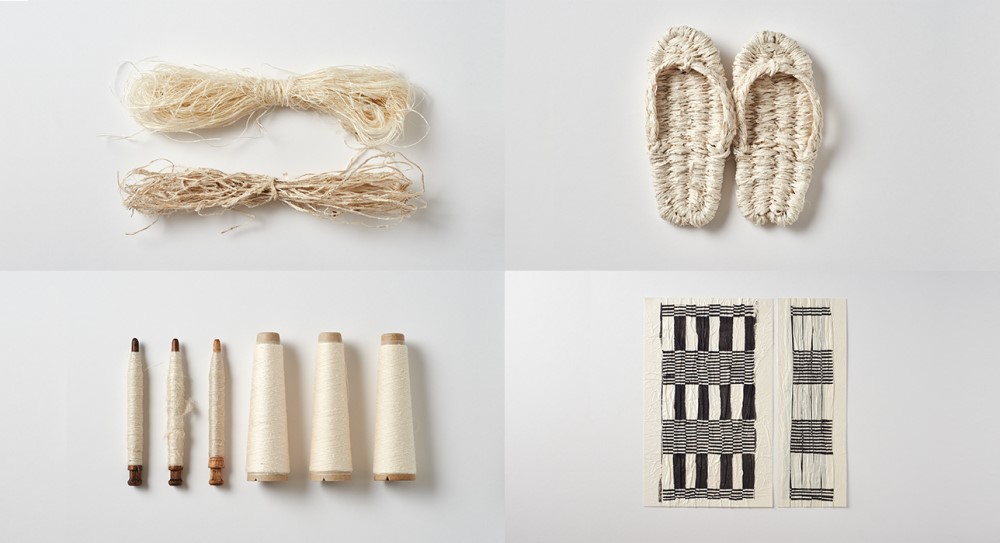 Take a trip to Japan’s northern Yamagata Prefecture to explore textile sustainability through the case study of kibiso. The outermost protective layer of the cocoon secreted by silkworms, kibiso is typically discarded during the production of silk as it is too tough and crooked to be drawn out into thread.

To explore the story behind this fabric, Japan House London hosts a live event from London, Tokyo and Yamagata featuring fabric designer Sudō Reiko; director of Tsuruoka Textile Makers Cooperative and CEO of Tsuruoka Silk Yamato Kyōsuke; and Seino Chikara from Matsuoka Co., Ltd. During the event participants will have a special opportunity to receive a guided tour of the Matsuoka Silk Workshop where Sudō Reiko first became inspired to create the kibiso textile and where it is now produced.

During this live online event there is an opportunity for registered guests to ask questions to the speakers.

Yamato Kyōsuke was born in Tsuruoka City, Yamagata Prefecture. After graduating from Meiji Pharmaceutical University, he obtained a pharmacist license and joined Nippon Ciba Geigy Co., Ltd. (currently Novartis AG). After working as a medical representative for university hospitals, he returned to his hometown and joined his family business, the textile manufacturer Tōfuku Sangyo Co., Ltd. In 2002, he became the CEO of this company. In 2010, he established and became managing director of Tsuruoka Silk Co. Ltd., the company which coordinates and sells the ‘kibiso project’ products in partnership with Tsuruoka City. Yamato is also a director of the Tsuruoka Textile Makers Cooperative, a member of the Tsuruoka City Comprehensive Planning Specialist Committee, and a visiting professor at Tsuruoka National College of Technology.

Seino Chikara is the Managing Director of Matsuoka Co.,Ltd. Since its founding in 1897 with the Matsugaoka reclamation project which started from 1890, Matsuoka Silk Workshop has been producing silk for 134 years in Tsuruoka, Yamagata Prefecture, which is one of the two major silk producing areas in Japan, along with Usui in Gunma Prefecture. For more than a century, they have been supporting the Japanese silk industry while also expanding into new fields such as the manufacturing of industrial machine parts and manufacturing of aircraft interior parts such as galley parts for the B787.

Sudō Reiko was born in Ishioka City, Ibaraki Prefecture. After serving as a textile laboratory assistant in the Department of Industrial, Interior, and Craft Design at Musashino Art University, she helped found Nuno Corporation. As Nuno's Design Director, she combines Japanese traditions of dyeing and weaving with cutting-edge technology to create a wide range of innovative textiles. Sudō received an honorary MA degree from the University for the Creative Arts (UK), and has been an Emeritus Professor at Tokyo Zōkei University since 2019. Since 2008, she has worked in fabric planning and development for Mujirushi Ryōhin (MUJI) and the Tsuruoka Textile Industry Cooperative, and in design advising for AZU. She joined MUJI's Advisory Board in 2016. Recipient of the Mainichi Design Award, the Rosco Design Prize, the JID Award, and many other honours, Sudō has received high acclaim within Museum of Modern Art (USA), The Metropolitan Museum of Art (USA), Boston Museum of Art (USA), the Victoria & Albert Museum (UK) and The National Museum of Modern Art Tokyo (Japan) among many others. Representative projects include textile designs for Mandarin Oriental Tokyo, the Tokyo American Club and Oita Prefectural Art Museum. Sudō is frequently invited to give lectures and hold exhibitions around the world, including the major Koi nobori Now! textile installation at the National Art Center Tokyo in 2018 and Sudō Reiko: Making NUNO Textiles at the Centre for Heritage Arts & Textile Hong Kong in 2019.