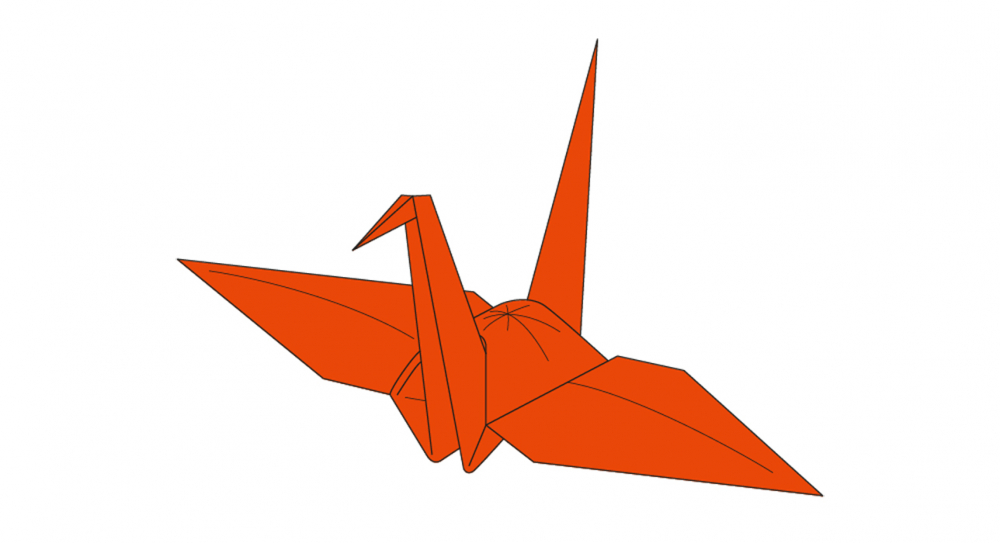 Orizuru (lit. ‘folded crane’) is one of the best-known designs of origami, the Japanese art of paper-folding. It represents an auspicious bird: the Japanese red-crowned crane, which, as legend has it, lives for a thousand years.

One-thousand orizuru strung together are called senbazuru (lit. ‘thousand cranes’). Senbazuru are often made in Japan to wish for good fortune, recovery from disease, long life and peace.

Every year people from all over the world place paper cranes at the Children’s Peace Monument in Hiroshima’s Peace Memorial Park which commemorates the child victims of the atomic bombing. The inspiration is the story of Sasaki Sadako, who developed leukaemia as a result of exposure to radiation from the atomic bombing of Hiroshima on 6 August 1945 and who set herself the goal of making one thousand orizuru before she died.

We invite you to think about the history and significance of orizuru. Download Japan House London’s worksheet to make your own folded paper crane, using any materials you have available at home or some Japanese origami paper which can also be found in The Shop at Japan House.