Guests must be 18 years or older to participate in this event. 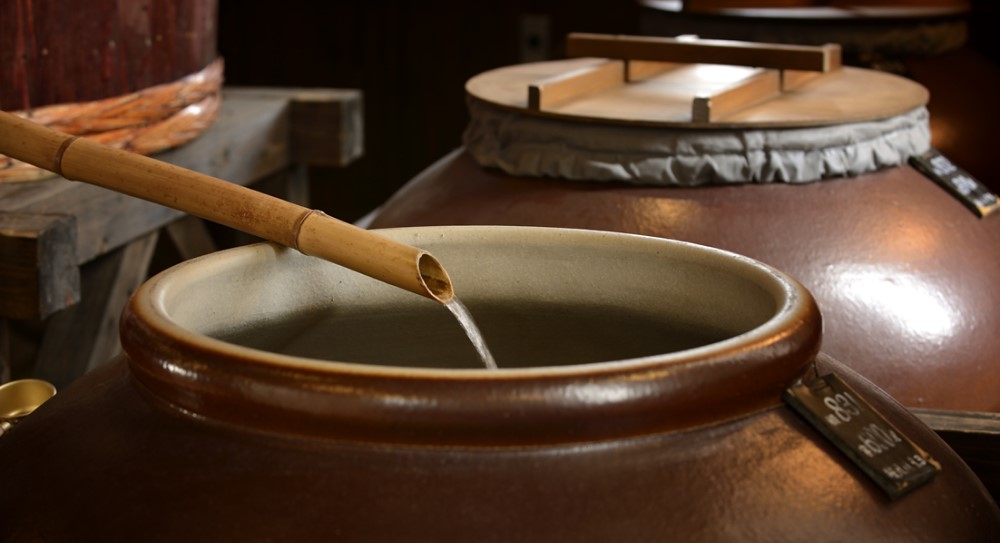 Discover Japan’s most popular domestic spirit, shōchū, in the second part of this webinar series exploring the world of Japanese drinks from Japan House and the Japan Sake and Shochu Makers Association.

Shōchū is a distilled spirit known for its regional varieties and wide array of flavours and aromas, imparted by diverse base ingredients including sweet potatoes, barley, rice, buckwheat and brown sugar.

Following a talk on the distinctive qualities of shōchū by certified shōchū expert and author of The Shochu Handbook, Christopher Pellgrini, attendees are transported to Japan’s southern Kagoshima prefecture to receive a virtual tour of Komasa distillery (Komasa Jyozo Co., Ltd.), a shōchū distillery with over 130 years of distilling history.

Stephen Lyman, author of The Complete Guide to Japanese Drinks, leads the distillery tour, joining the Chief Distiller in conversation to discuss the complex craftsmanship of shōchū making.

Guests can continue to expand their Japanese alcoholic drinks knowledge with other events in this series including an online guided tour of a sake brewery in Japan and fun demonstrations on how to enjoy sake and shōchū at home with a mixology masterclass and suggestions for inventive food pairings.

Komasa distillery (Komasa Jyozo Co., Ltd.) is a shōchū distillery founded in 1883 in Kagoshima, Japan. It is most known for its ever-popular Kozuru brand of shōchū, a local favourite in Kagoshima since the distillery’s earliest beginnings. Its Mellowed Kozuru, introduced in 1957, was Japan’s first shōchū to be aged long-term in oak casks and has received awards in both domestic and worldwide competitions. In recent years, the distillery has drawn on its decades of distilling expertise and know-how accumulated through making shōchū to launch the new Komasa Gin line of craft gins.

Christopher Pellegrini is a shōchū and awamori expert living in Tokyo, Japan (licensed by SSI in Japan and SSA in the United States). He is the author of The Shochu Handbook, the first book about shōchū and awamori written in a language other than Japanese. Additionally, he is a contributor to the upcoming Oxford Companion to Spirits and Cocktails and serves as a judge on the international spirits competition circuit.

Stephen Lyman is the author of the James Beard Award-nominated The Complete Guide to Japanese Drinks (Tuttle, 2019), founder of Kanpai.us, and the first American to make their own shōchū in Japan (Yamato Zakura Shuzō in Kagoshima). Thanks to his tireless work as an international advocate for the category, he is a Japanese Government-sanctioned shōchū ambassador who currently resides in Fukuoka Prefecture.