AI Research in Japan: Challenges at the RIKEN Center for Advanced Intelligence Project

The event will also be livestreamed on Facebook, YouTube, and LinkedIn where a recording will be available following the event. 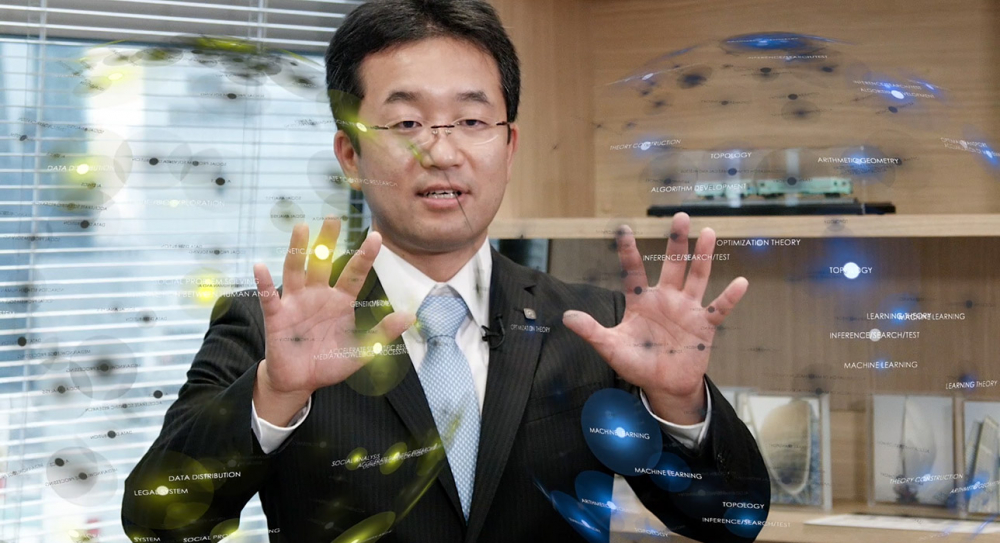 Learn about Japan's latest research into artificial intelligence (AI) technology and its real-world applications in a live online talk by Professor Sugiyama Masashi, Director of the RIKEN Center for Advanced Intelligence Project (RIKEN-AIP).

Launched in 2016 as the research centre for the MEXT-AIP project, the RIKEN-AIP aims to develop and apply next-generation artificial intelligence technology to contribute to solutions for real-world problems, such as disaster resilience and healthcare for the elderly, and to advance scientific research. It also conducts research on ethical, legal and social issues caused by the spread of AI technology and works to develop AI-related human resources.

During the event, Professor Sugiyama introduces the latest research conducted at the RIKEN AIP and its recent achievements and challenges.

The event is chaired by robotics expert Professor Sethu Vijayakumar, Professor of Robotics at the University of Edinburgh and Programme Director at the Alan Turing Institute.

This event is hosted in collaboration with the Embassy of Japan in the UK.

Professor Sugiyama Masashi
Sugiyama Masashi is Director at the RIKEN Center for Advanced Intelligence Project. He received his Doctor of Engineering in Computer Science from Tokyo Institute of Technology, Japan in 2001. Following posts as Assistant Professor and Associate Professor at Tokyo Institute of Technology, he became Professor at the University of Tokyo in 2014. Since 2016, he has been concurrently serving as Director of the RIKEN Center for Advanced Intelligence Project. His research interests include the theory and algorithm of machine learning and its applications. He was a recipient of the Japan Academy Medal in 2017.

Professor Sethu Vijayakumar FRSE
Sethu Vijayakumar is the Professor of Robotics at the University of Edinburgh, and the Founding Director of the Edinburgh Centre for Robotics. He has pioneered the use of large-scale machine learning techniques in the real-time control of several iconic robotic platforms. One of his projects (2016) involves a collaboration with NASA Johnson Space Centre on the Valkyrie humanoid robot being prepared for unmanned robotic pre-deployment missions to Mars. He has published (as of 2021) over 250 peer-reviewed and highly cited articles on topics covering robot learning, optimal control and real-time planning in high dimensional sensorimotor systems. He is a Fellow of the Royal Society of Edinburgh, a judge on BBC Robot Wars and winner of the 2015 Tam Dalyell Prize for excellence in engaging the public with science. Professor Vijayakumar helps shape and drive the UK Robotics and Autonomous Systems agenda in his role as a Programme Director (AI) at The Alan Turing Institute.