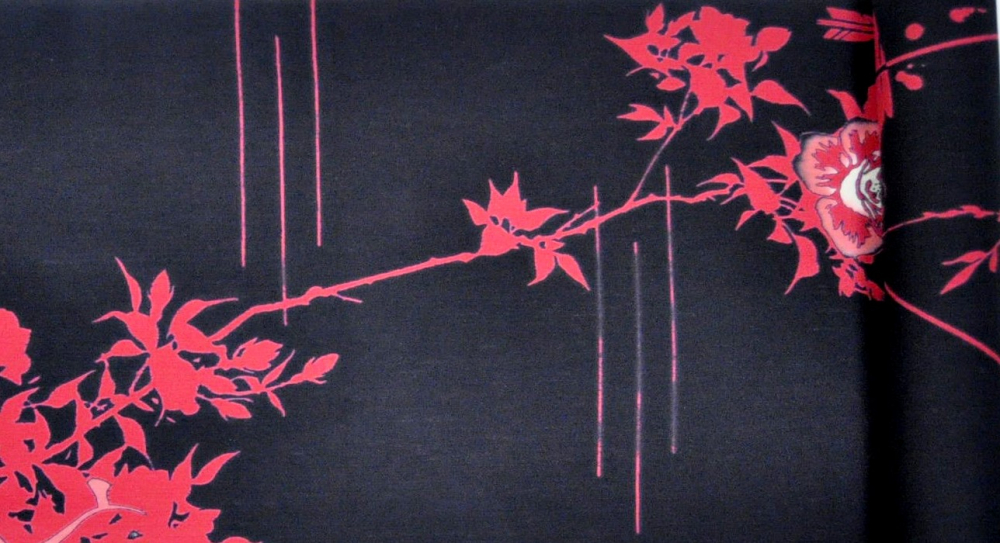 Join us at Japan House for a talk and demonstration exploring the evolving design culture of yukata (Japanese casual summer kimono).

An expert on the costume and clothing of Japan, Professor Okubo Naoko provides an introduction to the characteristics of yukata design which have been passed down in Japan since the Edo period (1603-1868 CE), focusing on the development of the chūsen stencil dyeing technique, a method based on tradition but which also uses elements of modern technology.

She is then joined in conversation by designer Shibasaki Rumi, founder of RumiRock, a contemporary kimono and yukata brand which incorporates yukata traditions including chūsen dyeing into eclectic contemporary designs which fuse the worlds of street fashion, pop culture and fairy tales.

The talk is followed by a demonstration of the chūsen stencil dyeing technique by craftsman Kaneko Kazuaki.

This talk is part of a series of events exploring the kimono held in conjunction with the exhibition ‘Kimono: Kyoto to Catwalk‘ on display at the Victoria and Albert Museum from 29 February 2020.

Okubo Naoko is a Professor in the Department of Lifestyle and Space Design at Miyagi Gakuin Women's University. Born in Tokyo, she studied at the Graduate School of Ochanomizu University. She has a PhD in the History of Japanese Costume. She was appointed as full-time lecturer of Miyagi Gakuin University in 1995 (Associate Professor 2000, Professor 2014).  Okubo’s research centres on the ornamental design of costume seen in 19th and early 20th century Japan, especially on its relationship with art and publishing culture. Her book ‘A Study on the Creation and Reception of Ornamental Design in Costume in the late Edo Era – Its Relationships between Edo literature, Fine Art, Performing Arts, and its Extension into the Modern Age-‘ is published in 2015.

Born in Tokyo, Japan, Shibasaki Rumi has received degrees from Meiji University in Literature and Bunka Fashion University in Fashion. She trained for four years at a kimono design company producing hand-drawn designs. After becoming independent in 1991, she was one of the first designers to use digital methods to produce kimono designs. After working on kimono and yukata design for various manufacturers, she created the original kimono brand ‘Rumi Rock’ in 2006. She has designed more than 120 original kimono patterns, blending modern designs with kimono traditions to expand the boundaries of the kimono world. She has made yukata for Jean Paul Gaultier and André Courrèges and has worked on collaborative projects with anime productions including ‘Rebuild of Evangelion’, ‘Lupin the Third’, ‘Touken Ranbu’ and ‘Devilman’.

Find out more about Rumi Rock.

Born in Niigata Prefecture, after graduating from Rikkyo University, Kaneko worked as a craftsman for about 12 years at an Edo Sarasa dyeing factory. Since becoming independent in 2006, Kaneko has actively worked on paper dyeing and the Omotesenke tea ceremony.