*Please note it is advised that this event series is for participants aged 16 and over. 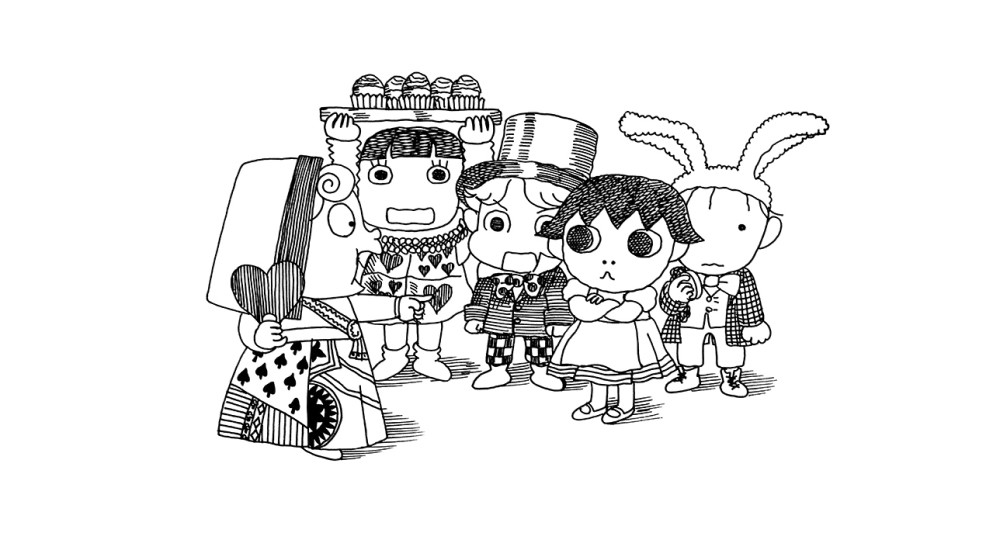 This second masterclass focusses on different types of line-based effects such as shūchū-sen (focus lines), tate-sen (vertical lines), nawa-ami (rope net), and kake-ami (cross-hatching). Kubo Kiriko provides an explanation of the context and use for each pattern as well as a short demonstration on how to obtain them on paper, while participants are invited to ask her questions and advice throughout the event.

During the drawing demonstration, participants can also decide to try their hand together with the artist or simply watch depending on their level of experience.

Please note that, while no previous experience with manga is required, it is advised that this event series is for participants aged 16 and over.

Kubo Kiriko was born in Tokyo and made her debut as a cartoonist (manga-ka) in the early 1980s. After the huge success of ‘Cynical Hysterie Hour’ and ‘Imadoki no kodomo’, Kiriko has directed animation films, designed CD and book covers, written essays, children’s books and other manga comics, including ‘Buckets de Gohan’ (animated for television in 1996) and ‘Dobutsu uranai’ (1999-2007). More recent works include ‘Londo-nya’ (London Miaow, 2017) and ‘Susume-Candem chikyū bōeitai’ (The Camden World Self-Defence Force, 2019-2020). Kiriko has lived in London for more than 20 years. Her work has been exhibited at the Japanese Embassy in London, and she has given talks at the ICA and other venues across the UK. Kiriko has worked on a series of design projects for UK hospitals, including the Evelina Children’s Hospital (2013) and the Children’s Dept. at St Thomas’ Hospital (2014-2019). An English translation of two of her best-known manga, ‘Cynical Hysterie Hour’ and ‘Children Nowadays’, are now available as e-books.