Japan House London is temporarily closed.  In the meantime, please connect with us online. Find out more. 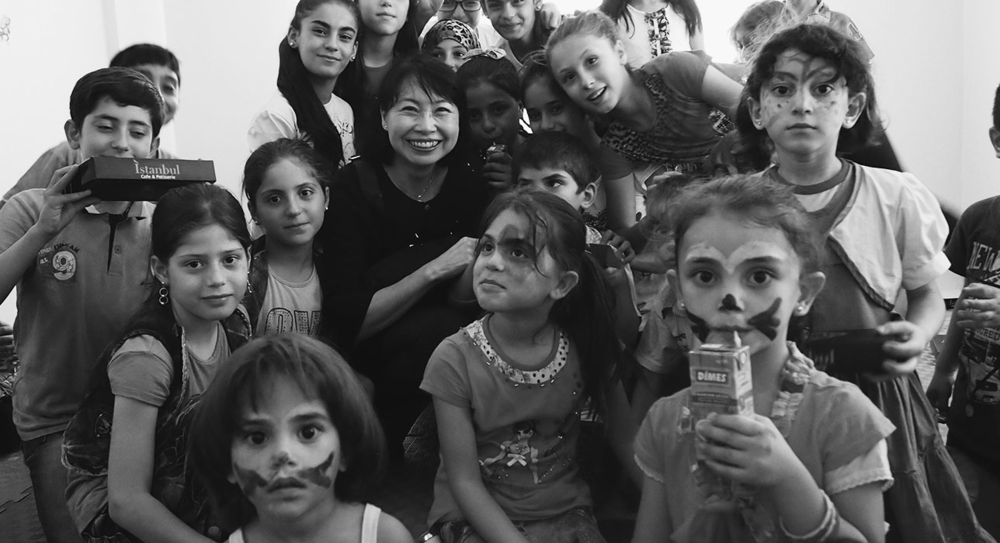 © Association for Aid and Relief Japan

We regret to inform our guests that due to specific circumstances arising from the global situation relating to coronavirus (COVID-19), this event has been cancelled.  We are exploring opportunities to reschedule the event in the future. In the meantime, you might be interested in this paper on Japan-UK relations by Chatham House, co-authored by Dr John Nilsson-Wright:

Japan House London is taking additional precautions in light of the coronavirus (COVID-19) outbreak, such as extra cleaning of surfaces using anti-bacterial products and the installation of hand sanitising gel dispensers.  We remain open, with most of our advertised events going ahead as planned, in line with current government guidelines. We are constantly monitoring the situation and any changes will be communicated through our website, social media and email.

In 2019, Japan lost one of its leading champions for international cooperation and humanitarian aid: the academic and diplomat Ogata Sadako. During the time that Ms Ogata served as United Nations High Commissioner for Refugees, co-chair of the UN Human Security Commission, and the President of the Japan International Cooperation Agency (JICA), Japan established its status as the top development aid donor country. However, amid the prolonged economic depression and inward-looking policies that followed, Japan’s donor status declined, a trajectory that was compounded by the repeated large-scale disasters suffered by Japan in recent times.

What did Japan achieve and not achieve during this period as the UN’s second largest donor? As we enter the Reiwa era in the 2020s, what is Japan’s role in international cooperation amid deepening global turmoil?

In this talk, Professor Osa Yukie, Professor at Rikkyo University and President of the Association for Aid and Relief, Japan, discusses Japan’s past, present and potential future role in international cooperation from the standpoints of the public sector, private sector and the imperial household while providing comparison with the UK.

She is joined in conversation by Dr John Nilsson-Wright, Senior Fellow for Northeast Asia and Korea Foundation Korea Fellow, Chatham House and Senior Lecturer in Japanese Politics and International Relations, University of Cambridge.

About the Speaker
Professor Osa Yukie is Professor at the Graduate School of Social Design Studies, Rikkyo University, Tokyo, Japan. She also represents the humanitarian NGO, Association for Aid and Relief, Japan (AAR), established in 1979. As head of emergency assistance operations, she was involved in AAR’s programs in Cambodia, Former-Yugoslavia, Mozambique, Kosovo, Chechnya, Afghanistan and others. As a member of the International Campaign to Ban Landmines (ICBL), she led the Japanese Mine Ban Campaign during and after the Ottawa Process. She was a researcher for the ICBL Landmine Monitor Report for China from 1998-2008. She received her PhD in Human Security Studies at the graduate school of the University of Tokyo (2007). Her publications include, Srebrenica –Analysis of a genocide (Toshindo Publishers, 2009) and Primer to Human Security- in pursuit of freedom from fear and want (Chuo-Koron Publishers, 2012). She is a member of the Board of Trustees for the United Nations Institute for Training and Research (UNITAR) (2016-present) and was a member of the Advisory Group for the United Nations Central Emergency Response Fund (UNCERF) (2012–15) and the Japanese National Commission for UNESCO (2013- 17).