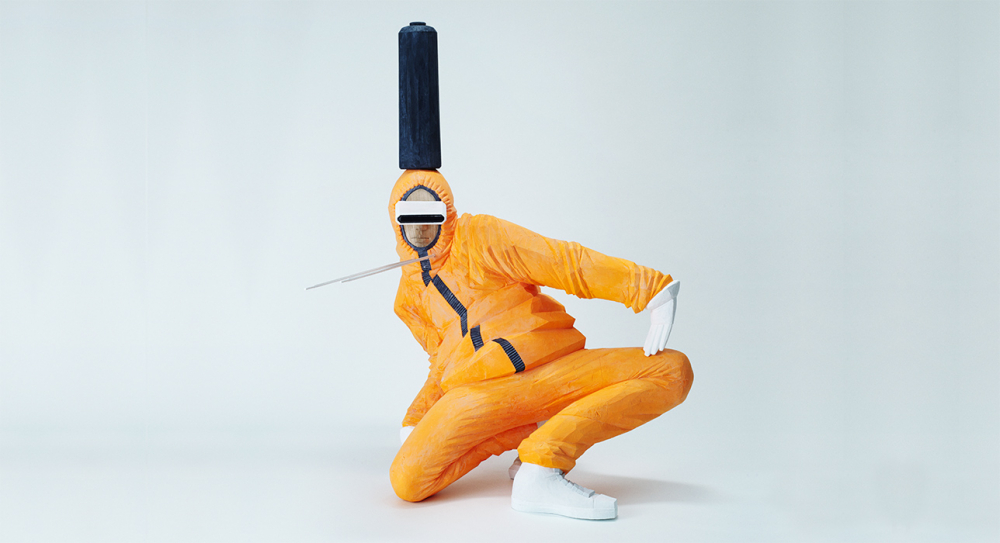 To accompany the display of the latest work by Tokyo University of the Arts (Geidai) graduate Obata Taku, made during his Artist’s Residency at City & Guilds of London Art School, Japan House London is delighted to dedicate an event to the connection between hip-hop culture and contemporary art.

Obata Taku is widely known for his life-size wooden figures sculpted in extremely dynamic postures and inspired by his direct involvement in the b-boy break dancing scene.

In this talk, the artist explores the concept and inspiration that lies at the root of his artistic practice: an investigation of movement and spatial presence which combines Japanese woodcarving techniques with modern, urban subjects. Clad in neon street wear, elongated eye wear and oversized hats, his vibrant sculptures are caught in break-dancing acts, emphasizing the contradictory relationship between gravity and weightlessness, stillness and movement.

Other than his b-boy inspired work, guests are also introduced to the artist’s break dancing background and his series ‘BUTTAI’ (meaning simply ‘object’ in Japanese) which takes shape and space to abstraction with photography and motion pictures.

This event is held in collaboration with City & Guilds of London Art School, which runs the only BA (Hons) and MA Carving course in the UK, specialising in endangered crafts, Conservation and contemporary Fine Art.

Obata Taku was born in 1980 in Saitama, Japan, where he is currently based.

In 1999 he formed the hip-hop dance crew Unityselections and refined his style of break dancing through live performances. In 2008, Obata received a master’s degree in sculpture from the Tokyo University of the Arts (Tokyo Geidai) and in the same year he won the grand prize at the Tokyo Wonder Wall Grand Prix. He investigates body expression and movement through what he refers to as ‘B-BOY sculpture’. In addition to sculpture, he works with various media such as drawing, photography and videomaking.

Find out more about Obata Taku: