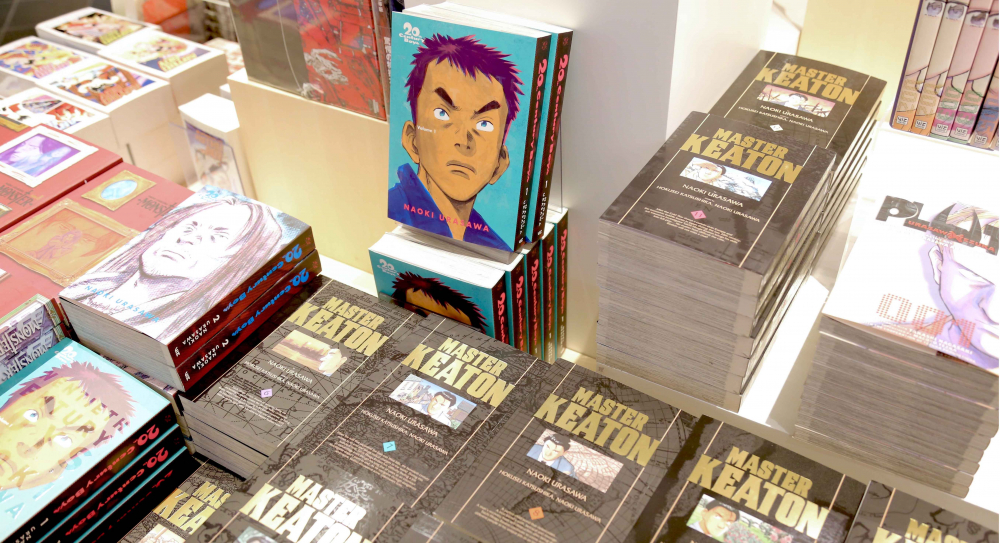 To celebrate the opening of Japan House’s new exhibition ‘This is MANGA – the Art of URASAWA NAOKI’, join us for a rare opportunity to meet a modern manga master, with a special book signing featuring internationally acclaimed manga artist Urasawa Naoki.

Participation is limited to the first 30 guests who purchase an Urasawa Naoki manga from the selection, available in The Shop at Japan House London from 28 May 2019. An additional 20 places will be available on the day on a first-come first-served basis. Speak to a member of staff when making your purchase to see if places are still available. Participants must bring their receipt on the day of the signing.

Immersing visitors in the iconic Japanese art form of manga, the exhibition ‘This is MANGA - the Art of Urasawa Naoki' is on display in the Gallery at Japan House from 5 June to 28 July 2019.

Born in Tokyo in 1960, Urasawa Naoki made his debut with ‘BETA!!’ in 1983, and has authored many works since, including ‘YAWARA!’, ‘MONSTER’, ‘20th Century Boys’ and ‘BILLY BAT’ (story co-creator: NAGASAKI Takashi) among others. After garnering renewed popularity more recently with ‘MUJIRUSHI’ (‘The Sign of Dreams’) (with the cooperation of Fujio Productions), a collaborative project with the Louvre Museum, Urasawa is currently writing a new series, ‘ASADORA!’ in Big Comic Spirits, a weekly Japanese manga magazine published by Shogakukan. His work is now published in more than 20 countries, with Japanese circulation alone recorded at a total of 127 million copies. Domestically, he has received the Shogakukan Manga Award three times and the Tezuka Osamu Cultural Prize, as well as numerous awards abroad including the Angouleme International Cartoon Festival Intergenerational Award and multiple Eisner Awards for Best U.S. Edition of International Material – Asia category.