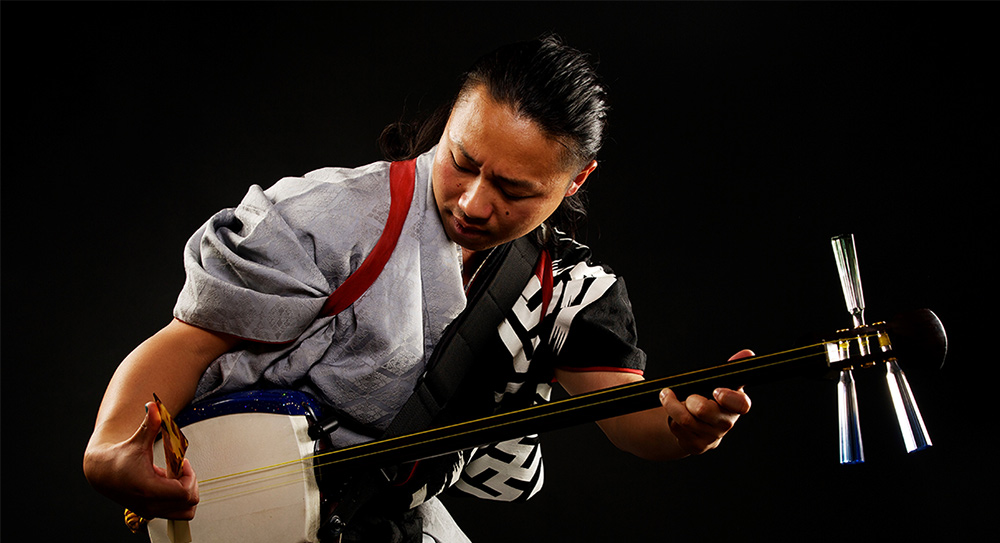 Immerse yourself in the strong and energetic sounds of Tsugaru-shamisen with a special concert by accomplished player Ohno Keisho.

The shamisen is a three-stringed instrument which developed in Japan in the 16th century after arriving from China through Okinawa. Today one of the most recognised genres of shamisen music is that of Tsugaru-shamisen, a style of playing and instrument with roots in the small peninsula of Tsugaru in present-day Aomori prefecture.

Originating as an accompaniment for local folk song, Tsugaru-shamisen developed into its own genre characterised by improvisation, a quick tempo, and an intense percussive style in which strings are struck hard and fast with the bachi plectrum.

In this concert-recital, Ohno showcases his unique blend of highly-skilled Tsugaru-shamisen techniques with an innovative rock twist keeping true to his motto of ‘preserving musical traditions while destroying them.’

Born in Niigata, Japan, Ohno Keisho started playing Tsugaru-shamisen at the age of eight. Becoming recognised as a natori - an accredited master - at only 12 years old, he was approved two years later by Takahashi Chikuzan 1 as an authorized successor of the Chikuzan-bushi shamisen school. Constantly inspired by various genres of art and known for his high musical technique and innovative performing style, Ohno is gaining a steady artistic foothold in Europe.