*Opening hours may vary depending on events, so please check our website on the day of your visit 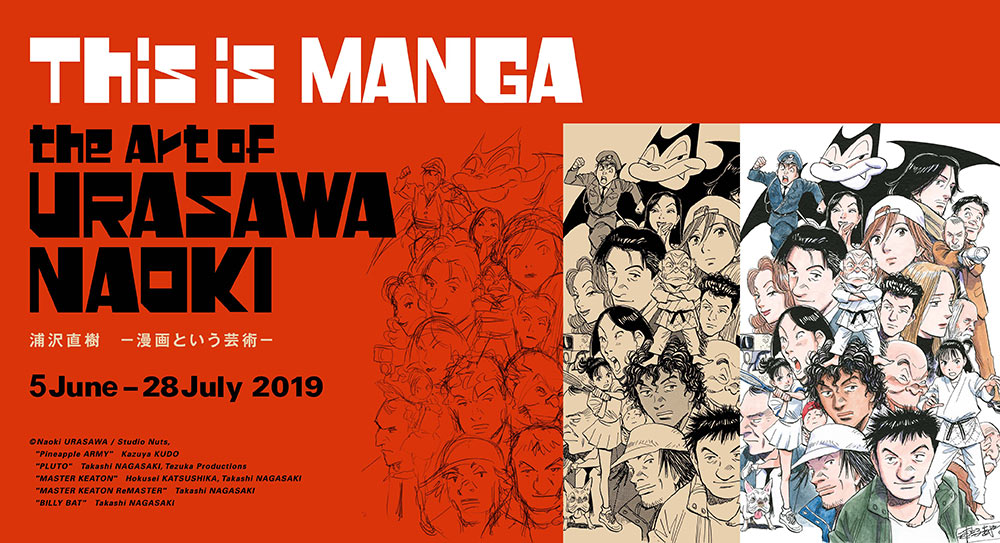 The exhibition immerses visitors in the iconic Japanese art form and introduces Urasawa’s ideas from inception through development, with more than 400 original drawings and storyboards on display. Selected stories from seven of his major works are presented with full English translations, highlighting the breadth of the artist’s narrative styles; works include ‘YAWARA!’, ‘MONSTER’, ‘20th Century Boys’, ‘MASTER KEATON ReMASTER’ (Story by Takashi Nagasaki) , ‘PLUTO’ (Story by Osamu Tezuka, co-authored by Takashi Nagasaki, Supervised by Macoto Tezka, with the cooperation of Tezuka Productions), ‘BILLY BAT’ (Story Co-creator : Takashi Nagasaki), and ‘MUJIRUSHI’ (‘The Sign of Dreams’, with the cooperation of Fujio Productions).

The exhibition presents a rare opportunity to enjoy Urasawa’s manga directly from his original hand-drawn storyboards and offers a unique glimpse into the artist’s process and psyche.

Born in Tokyo in 1960, Urasawa made his debut with ‘BETA!!’ in 1983, and has authored many works since, such as ‘YAWARA!’, ‘MONSTER’, ‘20th Century Boys’ and ‘BILLY BAT’ (story co-creator: NagasakiTakashi) among others. His work is published in more than 20 countries, with Japanese circulation alone recorded at a total of 127 million copies. In Japan, Urasawa has received the Shōgakukan Manga Award three times and the Tezuka Osamu Cultural Prize, as well as numerous awards abroad including the Angouleme International Cartoon Festival Intergenerational Award and multiple Eisner Awards for Best U.S. Edition of International Material - Asia category.