*Opening hours may vary depending on events, so please check our website on the day of your visit 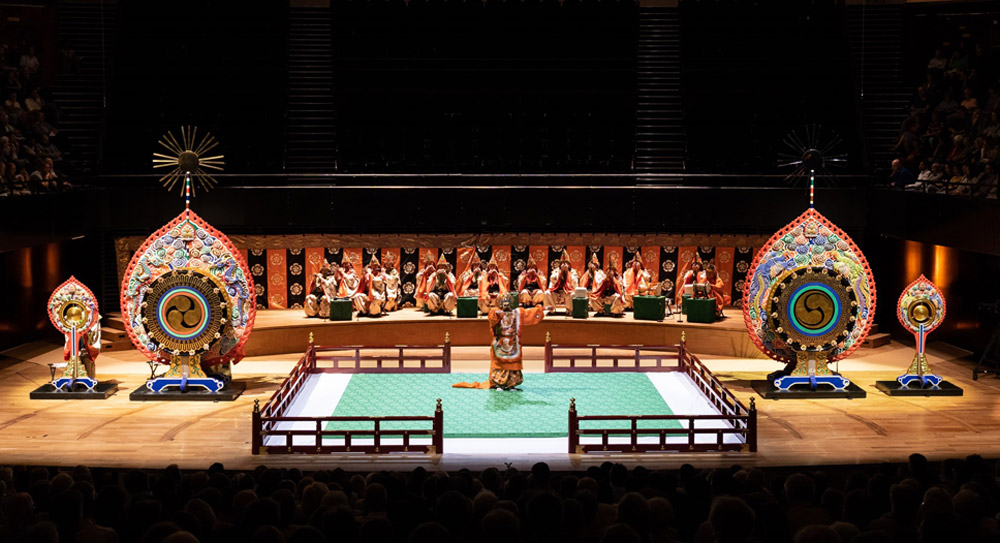 In commemoration of the accession of His Majesty The Emperor Naruhito, and the beginning of the new era ‘Reiwa’, Japan House is screening performances of Gagaku, Imperial Court Music and Dance performed by musicians and dancers from the Imperial Household Agency.

Gagaku (lit. ‘elegant music’) is the oldest surviving music in Japan. It was established in the Imperial court over 1,200 years ago with its roots in continental East Asian traditions. Gagaku has been performed at the Imperial Court ever since and in selected Shinto shrines and Buddhist temples.

Japan House is screening two pieces from the Gagaku repertoire: Manzairaku & Ryo-o. In ancient China there was a belief that when a sage emperor reigned, a ho-o (commonly known as a phoenix) would fly overhead and sing ‘Manzai! Manzai!’ in an auspicious omen of the Emperor’s longevity. Manzai means ‘ten thousand years’. In Manzairaku (lit. ‘Ten Thousand Years of Music’), the music is said to represent the voice of the ho-o, while the dance evokes its form and movements. From ancient times, this piece has been customarily played at enthronement ceremonies.