*Seating available for non-participating observers on a drop-in basis. 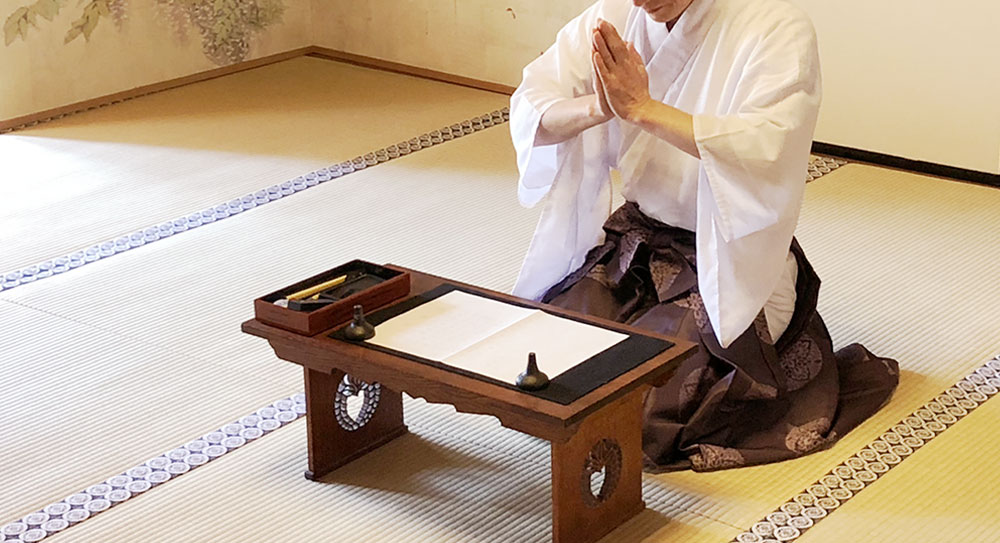 There are multiple rituals performed at Shinto shrines to wish for people’s happiness and security or peace and prosperity. Purification is an essential aspect that always takes place before these rituals are performed.

Among the various purification practices, Oharae-kotoba (lit. ‘the Words of Great Purification’) is a prayer believed to hold the power of kami (Shinto ‘spirits’ or ‘deities’) since ancient times. Japanese people have chanted and copied this prayer wishing for the protection of the kami or for their dreams to come true, by purifying their spirits through the act of transcribing the words. This is called shosha.

Under the guidance of priests from two major Shinto shrines in Japan’s ancient capital of Nara, Kasuga Taisha and Niukawakami Shrine, in this workshop participants can learn more about Shinto and the history of these shrines through a short lecture. They also have the opportunity to practise shosha by copying the most important parts of Oharae-kotoba in a shorter version known as Saiyo-harae.

This event is part of a season of events allowing Japan House visitors to experience the sacred rites and rituals of the religions of Buddhism and Shinto led by representatives from the temples and shrines of Japan’s ancient capital of Nara. It coincides with the British Museum’s display of rare Buddhist and Shinto treasures ‘Nara: sacred images from Early Japan’.