Scenes In and Around the Capital:
Talk by Prof Timon Screech 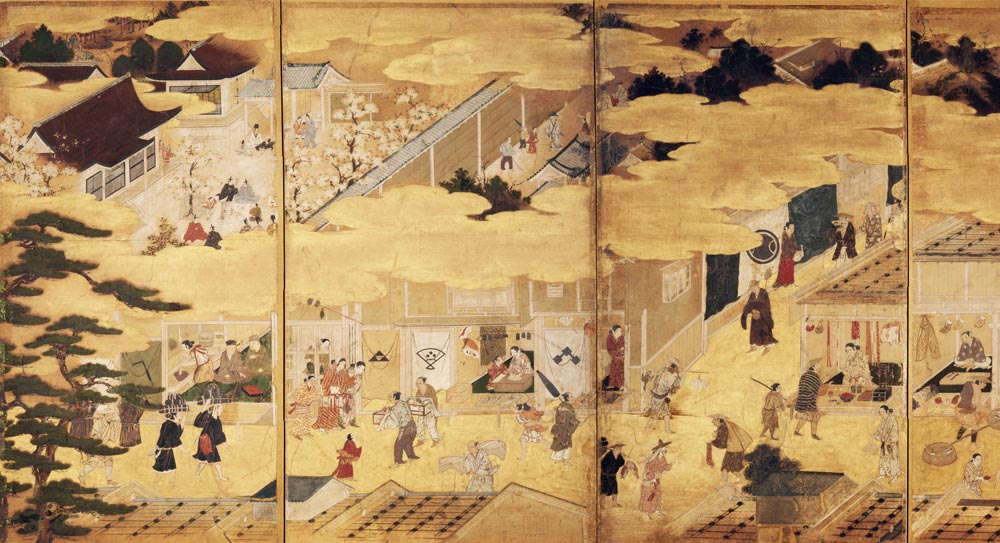 Illustrator Anno Mitsumasa’s series of watercolour paintings ‘In and Around the Capital’ depict the city of Kyoto (Japan’s former capital) and its environs, paying homage to a genre of screen paintings capturing views of the city known as Rakuchū rakugai-zu (lit. ‘scenes in and around the capital’) which became popular in Japan in the early 16th century.

Kyoto is known as the 'old Imperial capital of Japan' and is rightly celebrated for its highly-developed culture. However, it is less commonly understood that Kyoto is not that old, and, in fact, was founded only in around 800 CE, making it considerably newer than most European capitals, not to mention those of China and the Arab world. Kyoto has also been destroyed many times throughout history, and its name has been changed more than once. This city often stands for the continuities in Japanese culture, but it could be argued that the fluidity of Kyoto is its defining - if perhaps lesser-known - feature.

This talk by art historian Professor Timon Screech (SOAS, University of London) uses images of Kyoto from across history to show how the city has evolved and changed, focusing on the genres of 'Scenes In and Around the Capital' (Rakuchū rakugai-zu).

Anno Mitsumasa’s take on the Rakuchū rakugai-zu genre can be viewed in the exhibition Anno’s Journey: The World of Anno Mitsumasa on display in the Japan House Gallery from 22 August until 27 October 2019.

Timon Screech is Professor of the History of Art at SOAS, University of London. He is the author of numerous books on the visual culture of the Edo period including ‘Sex and the Floating World: Erotic Images in Japan, 1700-1820’ (Reaktion, 1999; second, expanded, 2009) and his field-defining study, 'Obtaining Images: Art, Production and Display in Edo Japan’ (Reaktion Books/Hawaii University Press; 2012, paperbacked, 2017). He has just completed two books, one on the early history of the East India Company and its role in cultural exchange, and also the Oxford History of Japanese Art, both forthcoming in 2020. Screech’s numerous writings have been translated into French, Japanese, Korean, Polish and Romanian. In 2019 he was elected as a Fellow of the British Academy.

Image: Scenes in and around the Capital, pair of six-fold byobu attributed to Kano Takanobu, Fukuoka City Museum