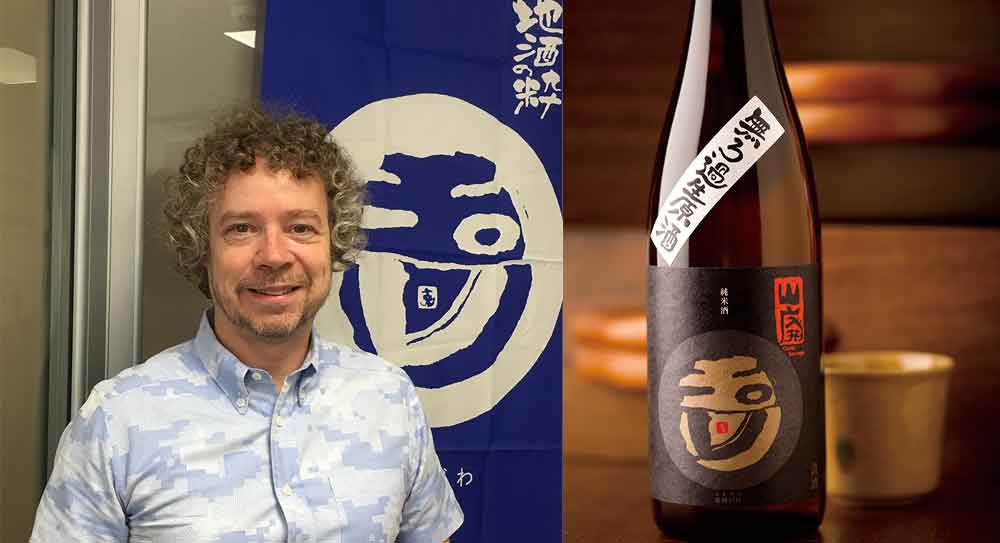 Visit Japan House on Saturday 10 August for an exclusive tasting session with Philip Harper, tōji (brew master) of Kinoshita Brewing Company in Kyoto. Philip is the only British brew master working in Japan, and has written extensively on the subject of sake.

In this tasting session, visitors will be welcome to drop in to try a variety of Kinoshita sake and discuss all things sake with the expert. The sake available at this event includes:

Tamagawa Tokubetsu Junmai
This signature junmai sake has a nutty, toasty flavour and is best served at room temperature.

Tamagawa Red Label
Made with natural yeasts that thrive within the brewery, Red Label is bottled directly from the press without filtration, giving it a robust flavour.

Tamagawa Time Machine
Time Machine is a slightly sweeter sake with hints of molasses and dried fruit. The method for making this sake dates back to 1712, hence the bottle's name.

About Philip Harper
After arriving in Japan in 1988 Philip Harper quickly developed an appreciation for sake. Following a stint in a specialist sake restaurant he joined the Ume no Yado brewery as an apprentice in 1991.

Over the last twenty years he has worked in four breweries, joining Kinoshita Brewing Company as tōji in 2007. In 2009 the brewery was awarded a gold medal for its entry in the Japan National Sake Appraisal.

His books include 'Harper’s Insider’s Guide to Sake', which remains one of the best introduction to sake available, and was followed by 'The Connoisseur’s Guide to Sake'. During the brewing season he lives in Kyotango, Kyoto Prefecture.

About Kinoshita Brewery
Tamagawa Sake has been made at the Kinoshita family brewery on the same site for five generations, since 1842. The brewery is situated five minutes from the Japan Sea coast in the far north of Kyoto Prefecture. The area has long been a highly regarded region for rice production, and snowy winters and soft spring water drawn from the mountain behind the brewery are ideal for brewing fine sake.

When the tōji who had served for over four decades passed away in 2008, the owner resolved to remake Tamagawa for the 21st Century, and took the bold step of recruiting Philip Harper, the first and only non-Japanese tōji in Japan. Displaying a broad grasp of the sake-brewers art, he introduced earthy wild-yeast brews and produced a fragrant prize-winning daiginjō in his very first season at the Kinoshita Brewery.

Tamagawa sake is available to purchase at The Shop in Japan House.

You can read up on the different types of sake and the brewing process.