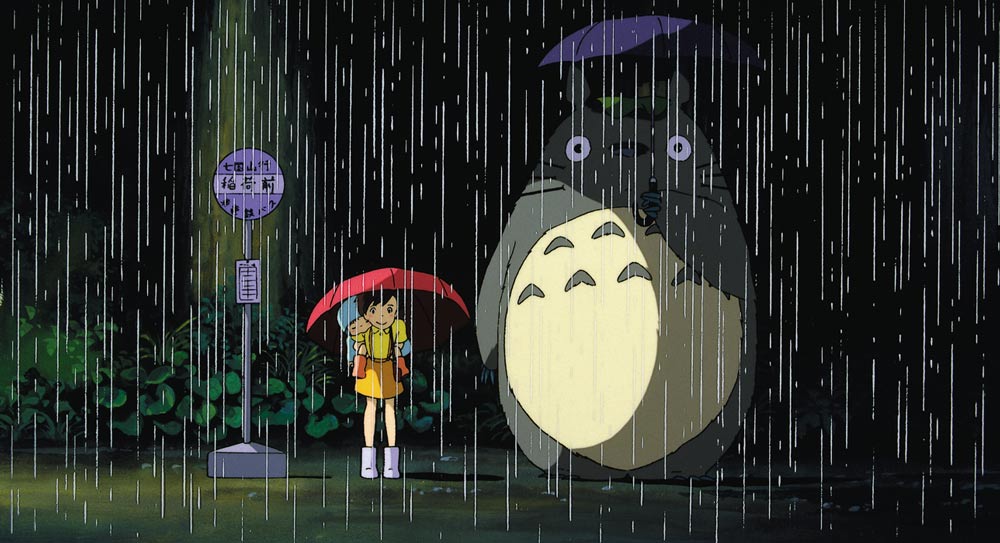 This summer the Japan House London sake bar will be popping up at the British Museum for four Studio Ghibli film screening events, starting with 'My Neighbour Totoro' on 21 June 2019. Hosted in collaboration with Time Out, the screenings will run as part of the summer season of manga taking place in London, alongside the This is MANGA – the Art of URASAWA NAOKI exhibition at Japan House and Citi exhibition ‘Manga’ マンガ at the British Museum. Ticket holders will also get to sit in on a live recording of podcast Ghibliotheque, listening to Michael Leader and Jake Cunningham delve into the history behind the cult film studio.

My Neighbour Totoro features the fantastical world created by Miyazaki Hayao and follows the story of two sisters - Satsuki and Mei - as they encounter playful spirits and the cuddly woodland creature, Totoro. The screening will be followed by a Q&A with British Museum curator Nicole Rousmaniere and anime specialist Helen McCarthy.

Before the film ticket holders will be able to enjoy a cup of complementary sake at the Japan House sake bar. There will be two varieties of sake available to try on the night.

The first, Nishinoseki Junmai, is a representative sake of Kyushu island. Made by Kayashima Brewery based in Kunisaki, Oita Prefecture, with a mellow umami flavour, this earthy junmai style sake pairs well with rich foods.

The second sake, Kubota Koju, is from north western Niigata Prefecture, where a high annual snowfall produces clear, pure water ideal for making top quality sake. This jumnai ginjo style sake is transparent and has refreshing acidity with a touch of toffee-like finish.

This event is currently sold out, however those wishing to attend can add themselves to the waiting list.

Please note that a Challenge 25 policy will operate during this event, so guests who look under 25 may be asked to show proof of age.

Scenes In and Around the Capital: Talk by Prof Timon Screech