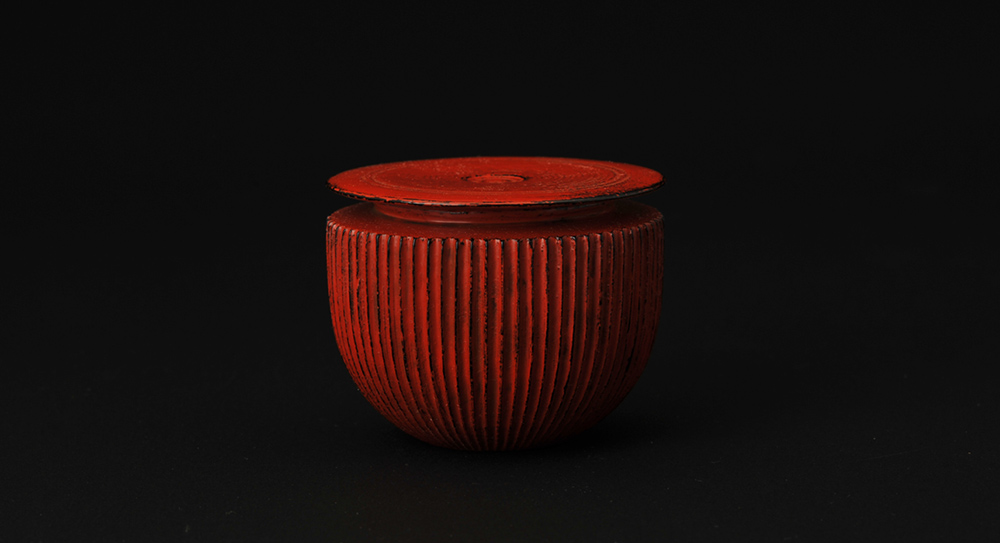 Utensils are known to play a central role in chanoyu, the Japanese way of tea: from calligraphy to ikebana, to tea caddies and bowls, they all serve a purpose in how Japanese tea is experienced and enjoyed.

For this talk, Japan House London is delighted to present the craftsmanship and contemporary take on lacquerware of Murase Jihei III. His in-depth research into utensils has resulted in various interpretations of urushi lacquer including unusual Negoro-style works (named as such for the 12th century temple Negoro-ji in Wakayama Prefecture, where this particular style of lacquer originated).

A third-generation lacquerware craftsman whose family traditions date back to the Edo period (1603-1868), Murase Jihei III looks after every stage of the production himself, from woodworking to applying the natural urushi lacquer to the finished product. The clean, modest design, with the black colour slowly revealing itself through the bright vermillion, pays homage to a longstanding tradition while also speaking to the contemporary taste of the 21st century.

Murase will be joined in conversation by Joe Earle, Senior Consultant for Japanese Art at Bonhams and the talk will be followed by a short demonstration of chanoyu.

This event is held in conjunction with the exhibition ‘The New Look of Tea’ on display at the Embassy of Japan until 10 January 2020.

Murase Jihei III
Born in Tokyo in 1957 as the grandson of the first generation Jihei, a craftsman under the direction and patronage of Kitaoji Rosanjin, he graduated from the Sculpture Department of Tokyo Zōkei University in 1980 and joined the long-standing family lacquerware business in the same year. He also trained in the Way of Tea under Suzuki Sōkan, a Master of the Urasenke School of Tea. In 2001 he inherited the name of Jihei III and the position of 7th generation lacquerware base maker.