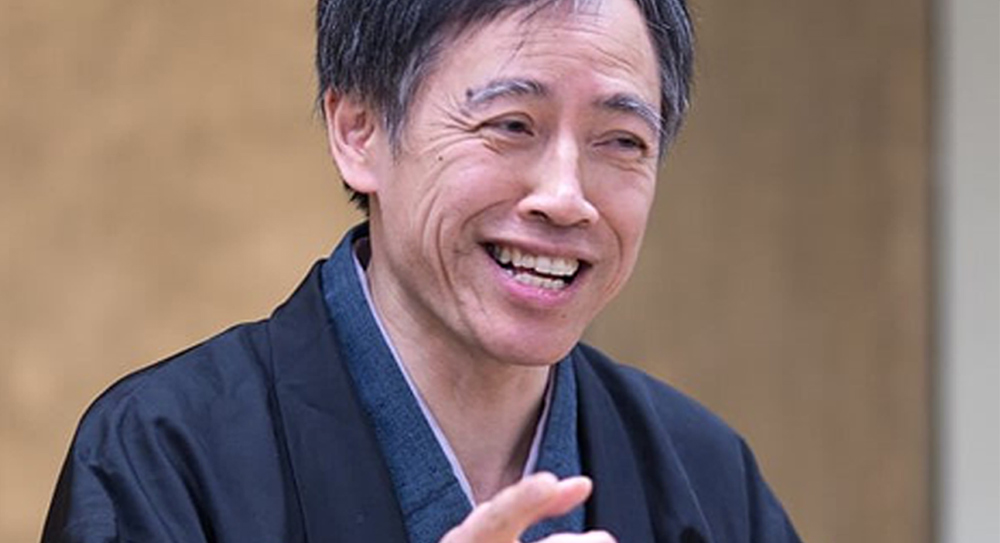 Join us for an evening of Japanese comedy with master storyteller, Kanariya Eiraku and members of the Canary English Rakugo Company. Rakugo comic monologues have a long history in Japan, and have grown in popularity in recent years.

The evening’s entertainment includes an introduction to rakugo, a selection of tales and a tamasudare performance. Though the humour is timeless, many stories take us back in atmosphere to earlier periods in Japanese history, with stories of masters and servants, children at school and descriptions of disappearing lifestyles. It perfectly complements the Japan House exhibition of works by Anno Mitsumasa, one of Japan’s greatest children’s book illustrators.

The exhibition Anno's Journey: The World of Anno Mitsumasa is on display in the Japan House Gallery from 22 August until 27 October 2019.

Kanariya Eiraku has been performing rakugo for over 30 years. He started teaching English rakugo classes in Tokyo in 2007. Since then he has performed rakugo in English both in Japan and abroad, including the US, Denmark and Laos. He also introduces Japanese songs in English using the ukulele. He teaches English performance at universities in Japan.

This event is in association with Canary English Rakugo Company and The Japan Society.