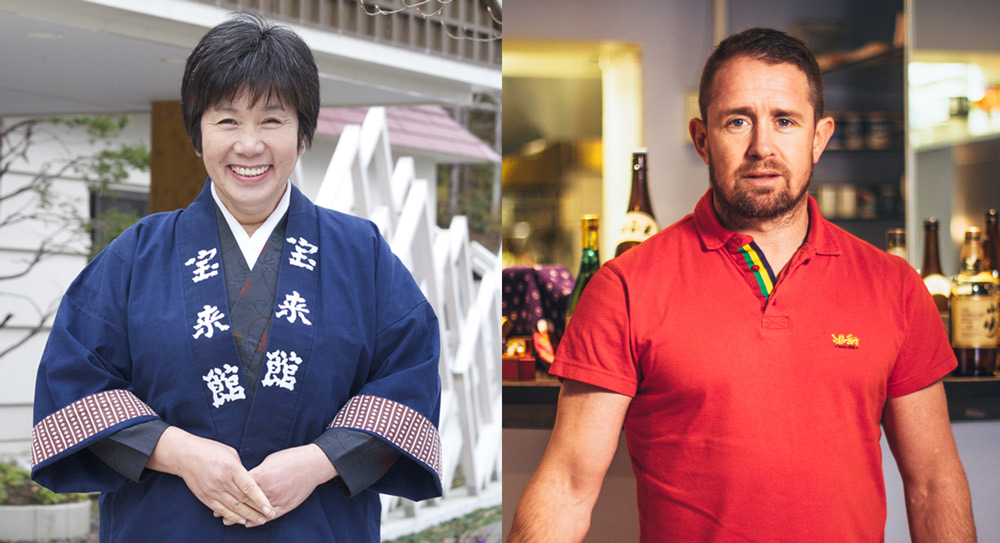 The third event in this speaker series sees Iwasaki Akiko, owner of Horaikan, a Japanese style inn in Kamaishi - one of the host cities of the Rugby World Cup 2019, joined by Welsh rugby legend Shane Williams, as they discuss the positive impact of the global event on Tohoku and the rest of Japan.

In this event, Iwasaki discusses the role of her inn during the events of the 2011 earthquake and tsunami, when Horaikan operated as a shelter for local residents.

Looking towards the arrival of the 2019 Rugby World Cup in Kamaishi, Iwasaki is then joined in conversation with Shane Williams to discuss the cultural impact of the global event on Kamaishi, and what it means for revitalization efforts in Tohoku. Calling on his experiences in Japan, where he lived from 2012 until 2015 while playing for the Mitsubishi Dynaboars, as well as his expertise as an international rugby sensation, Williams offers advice and tips on how Kamaishi can best welcome crowds of international rugby fans. In turn, the pair discuss how, through their visit to more rural areas of the country, rugby fans can best learn and experience the customs of Japanese culture.

Iwasaki Akiko is the proprietress of Horaikan Inn in Kamaishi, Iwate Prefecture. After inheriting the family run ryokan from her parents, she renovated and adapted the building, turning its two-storey wooden frame into a four-storey, steel-framed building. During the 2011 disaster, Horaikan acted a refuge where local people could seek rest and respite. Since then, she has worked tirelessly to help introduce the young people of Iwate to artists and celebrated figures from across the world, bringing hope to the region. Iwasaki is positive that the arrival of the Rugby World Cup in 2019 will be a driving force for the local community.

Shane Williams is a Welsh rugby union player and record try scorer for Wales. He is currently fourth on the international list of leading rugby union test try scorers. Williams won World Rugby Player of the Year in 2008. Between 2012-2015 Williams played for the Mitsubishi Dynaboars,and has since been a prolific speaker on the subject of Japan, introducing the country and its culture to rugby fans across the world. Williams has presented various rugby related programmes and is often called upon as a pundit for the BBC, ITV and Channel 4.