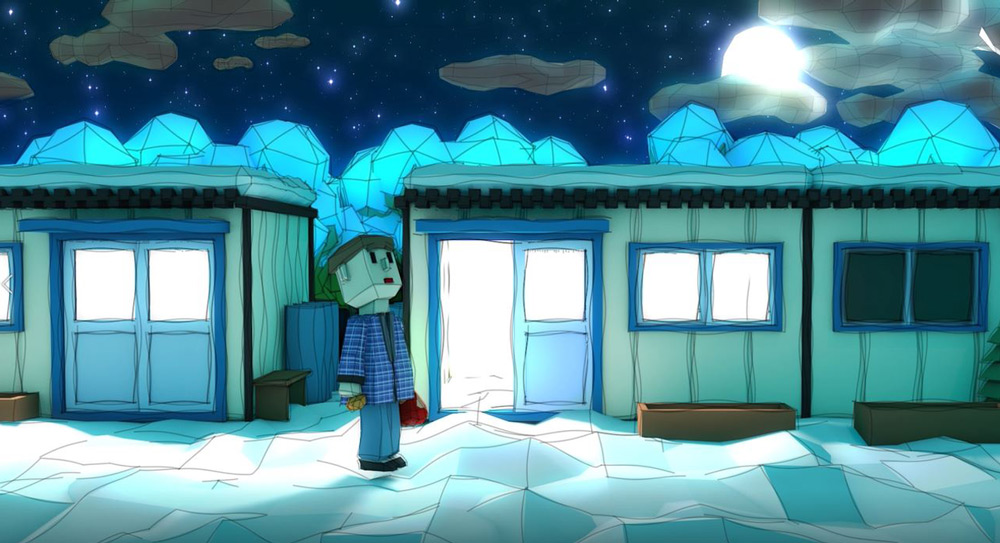 In 2014, producer, director and screenwriter Asao Yoshinori established the animation studio Fukushima Gainax (now known as Gaina Co., Ltd.) with the aim of reinvigorating his home prefecture Fukushima which had been severely damaged by the 2011 earthquake and tsunami. The studio has since brought many tourists to the region through its animations which introduce the appeal of Fukushima and Tohoku to the world, and accompanying manga and animation museum.

In this event, Asao Yoshinori explores the role that animation has played in the recovery and revitalisation of Fukushima and introduces a screening of two of his studio’s representative works that have been specially subtitled in English for this event at Japan House.

Gaina’s first television animation, the 2-minute short ‘Omoi no Kakera’ (Fragments of Feelings) tells the story of an energetic junior high school student who lives with her father in temporary housing in a seaside town in Tohoku after her mother passed away during the 2011 earthquake and tsunami.

The anthology style animation ‘Mirai e no Tegami’(Letter to the Future) (25 minutes) conveys the light and shadows of everyday life in Fukushima after the earthquake and tusnami through ten stories based on the real-life experiences of ordinary people living in the prefecture.

Producer, director and screenwriter, Asao Yoshinori was born in Fukushima Prefecture in 1968. Appointed as an associate professor at Osaka University of Arts in 2014, he established the animation studio Fukushima Gainax in the same year. In 2015, he opened Fukushima Sakura Yugakusha, Japan’s first animation and manga museum, in the town of Miharu, Fukushima Prefecture. In 2018 Fukushima Gainax was acquired by the Kinoshita Group and its name was changed to Gaina Co., Ltd. The studio’s major animated works include ‘Piano no Mori’ (Forest of Piano), ‘Hulaing Babies’, ‘Omoi no Kakera’ (Fragments of Feelings), and ‘Mirai e no Tegami’ (Letter to the Future).