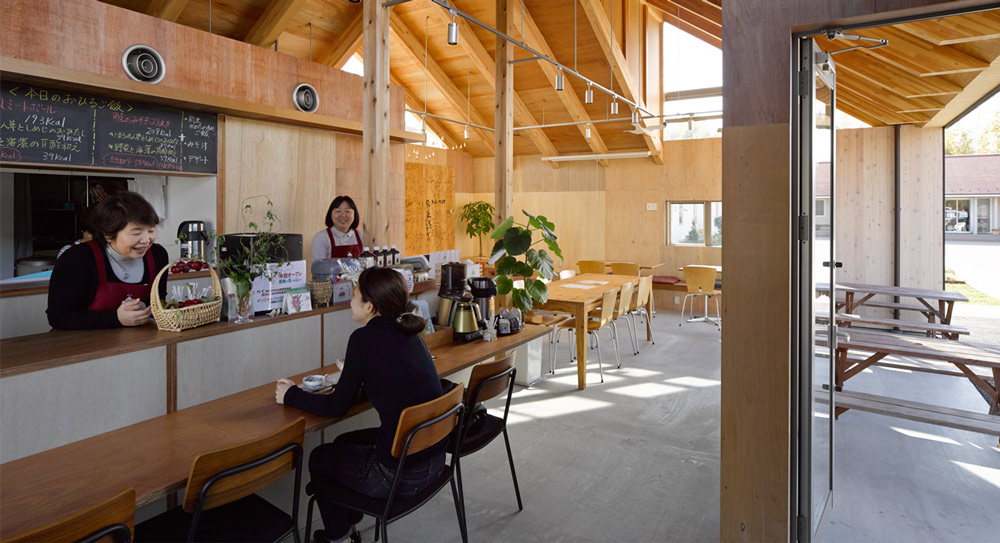 The community-initiated and run ‘Riku Café’ opened in 2012 in the tsunami-stricken city of Rikuzentakata in Iwate. With many people living in temporary housing and few places remaining for residents to gather and socialise, the café sought to revive the community by providing a ‘living room for the city’. More than just a cafe, it is also a venue for concerts and community activities such as cooking and exercise classes.

In this event, one of the founders of the Riku Café, Unoura Atsuko, discusses the development of the café following the events of 2011 and the various projects the cafe has initiated to promote community and healthy living in the area. Later, she is joined in conversation by social anthropologist Dr Brigitte Steger (University of Cambridge) to explore the important role it and other social hubs play as part of recovery. The event also includes a short live musical performance by staff from the Riku Café.

Unoura Atsuko, born in Miyagi Prefecture, Japan, graduated from Tohoku Medical and Pharmaceutical University and worked at a public hospital for three years. After getting married, she moved to Tohoku and worked as pharmacist and accountant at her husband’s clinic in Rikuzentakata, Iwate, one of the regions most affected by the Great East Japan Earthquake of 2011. One year later, she opened Riku Café and operates it together with medical personnel, promoting healthy lunch menus.

Dr Brigitte Steger is Senior Lecturer in Modern Japanese Studies at the University of Cambridge and Secretary General of the Japan Anthropology Workshop (JAWS). Her research specializes in Japanese society, with emphasis on the cultural history and anthropology of daily life. The tsunami disasters of March 2011 prompted her to travel to Yamada town in north-eastern Japan, where she was the only researcher to live alongside survivors in a shelter. Her co-edited book: Japan Copes with Calamity: Ethnographies of the Earthquake, Tsunami and Nuclear Disasters of March 2011 (with Tom Gill and David Slater) was published in both Japanese and English in 2013.