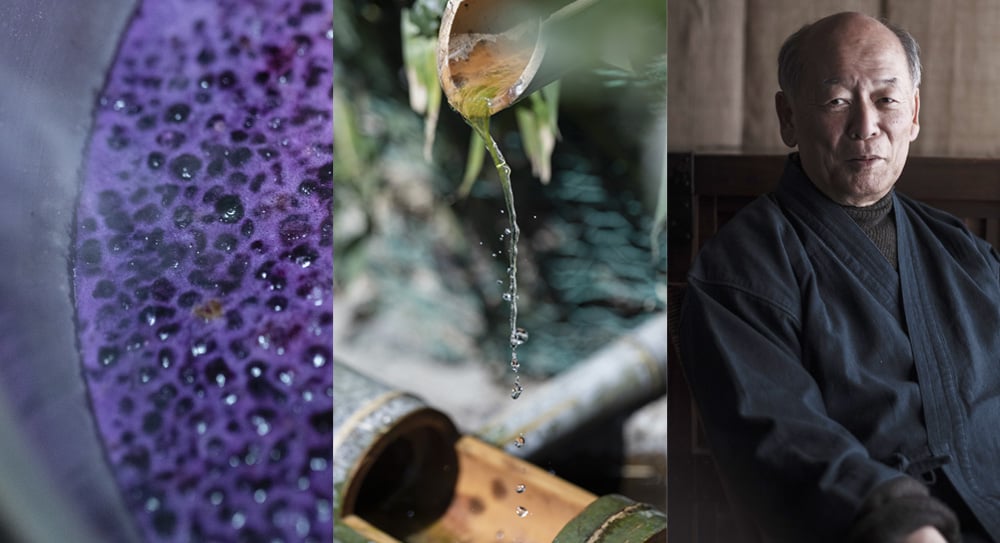 At the Yoshioka Dyeing Workshop in Fushimi, a little away from the centre of Kyoto city, skilled craftspeople dye cloth and washi in a variety of colours according to the seasons. Among them, purple dyeing, which requires exceptional skill, is entrusted to the oldest craftsmen who implicitly place their trust in the head of the workshop, Yoshioka Sachio, and each other.

In this lecture, which marks the launch of Japan House London’s exhibition ‘Living Colours’, Yoshioka introduces the daily workings of his studio, his passion for age-old natural dyeing methods and the plans for the future of the craft in Fushimi. He explains his research into the method of dyeing purple and why he continues to be attracted to it. Within the exhibition ‘Living Colours’, visitors can hear the sounds of the very same water which flows through the Yoshioka Dyeing Workshop. Yoshioka reveals the importance of fresh well water for the success of the dyeing process and why he continues to draw water from the source at his studio.

He looks at kasane, the colour combinations that symbolize the sense of beauty, sensitivity to the changing seasons and lifestyles of the noblemen and women of the Heian court, with reference to the 12th-century Tale of Genji, written by lady-in-waiting Murasaki Shikibu and arguably the world’s first novel.

‘Living Colours: Kasane – the Language of Japanese Colour Combinations’ is on display in the Gallery at Japan House from 5 April to 19 May 2019.

Born in Kyoto in 1946. After graduating from Waseda University, he founded Art Books Shikosha Publishing Co., Ltd. In 1988, he became the 5th-generation head of Yoshioka Dyeing Workshop. Using natural dyes, Yoshioka revived a number of ancient dyeing techniques to create a spectrum of colours from the Japanese medieval court. His expertise has been applied extensively, such as in the restoration of national treasures, historically significant temples and shrines. Yoshioka has exhibited his work throughout Japan and internationally, and has collaborated with CHANEL to produce red lipsticks. He received the Kikuchi Kan Award in 2010, and Japan Broadcasting Corporation (NHK) Cultural Award in 2011.