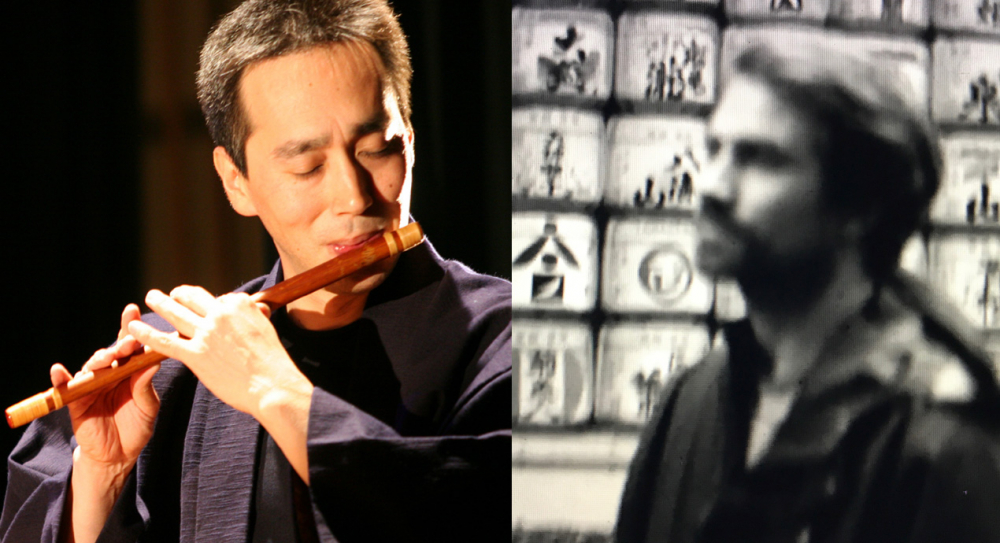 Kimura has taken his skills as a composer, songwriter and performer of transverse flute and tsugaru-shamisen across the globe, collaborating with local artists and bringing his unique Japanese melodies to new audiences. This event will see him join together with Mercury Music Award Nominee Downes, as the two artists draw inspiration from a selected Japanese theme in a live improvised performance.

Kimura Shunsuke is one of the most acclaimed composers, songwriter and performers of the Japanese transverse flute and tsugaru-shamisen. He has travelled widely in Japan to find unique melodies, rhythms and styles of folk music which he has incorporated into his own music-making. Kimura’s music is inspired by nature, the landscape of the countryside and the lives of people who live there. He regularly performs in Europe, USA and Asia in collaboration with local artists. Kimura has been invited to appear at major music festivals in more than 30 countries including WOMAD (UK, NZ and Australia), the Rainforest World Music Festival (Borneo, Malaysia), the Forde Traditional, World Music Festival (Norway), and the Mawazine Festival (Morocco). His latest project includes 'Colour of Sound, Song of Dance' held at Saitama Arts Theatre, which features internationally acclaimed taiko group Kodo with the highly reputed player Kojima Chieko, and many other international artists.

Kit Downes is a BBC Jazz Award-winning and Mercury Music Award-nominated solo recording artist for ECM Records. He has toured the world playing piano, church organ and harmonium with his own bands ('ENEMY', 'Troyka', 'Elt' and 'Vyamanikal') as well as artists such as Squarepusher, Thomas Strønen, Aidan O'Rourke and Django Bates. He has written commissions for Cheltenham Music Festival, London Contemporary Orchestra, Stavanger Konserthus, ReWire Festival, Cologne Philharmonie, BBC Radio 3 and the Wellcome Trust, as well as collaborating with film-makers, video game developers and classical composers.

This event is in association with mu:arts.