Drop-in; Admission Free
*Spaces for these events are limited; entry is on a first-come first-served basis.

Children must be accompanied by an adult. 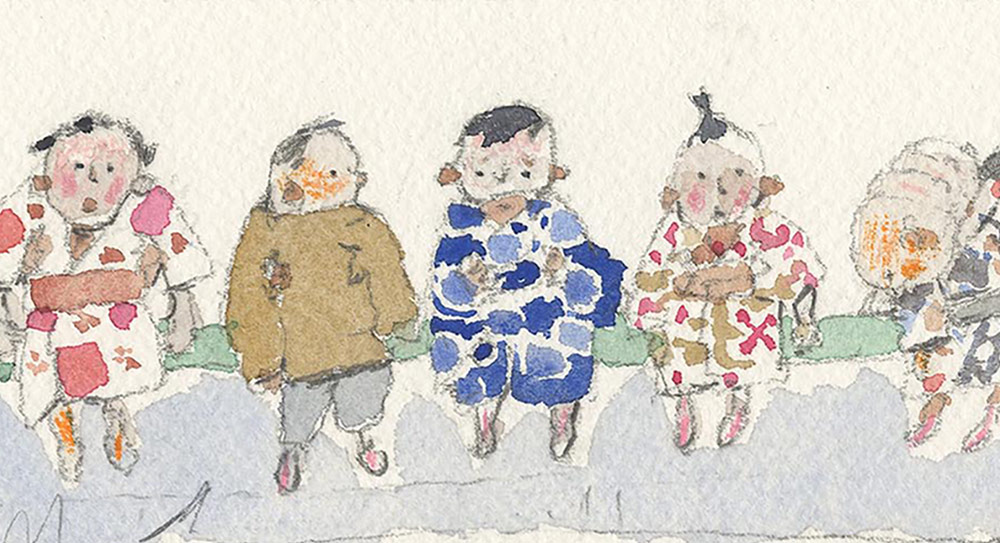 Sit back, relax and enjoy an in-gallery kamishibai storytelling performance in the cosy reading cove within the Anno’s Journey exhibition.

Kamishibai (lit. ‘paper theatre’) is a form of illustrated street storytelling which was popular during the early and mid-Shōwa era before the advent of television. The artform would have been very familiar to Anno Mitsumasa whose striking papercuts illustrating Japanese folk tales are represented with this narrative style in mind.

In this series of special performances presented by A Thousand Cranes, Kuroda Haruka uses kamishibai to perform ‘Milky Way’, a tale of friendship set among the stars based on the Japanese legend of Tanabata. Blending words and pictures, this is an imaginative and charming theatrical experience for children aged 3 years and above and their families.

It is recommended for guests to arrive early as space is limited and the performances will be popular. If the gallery is full, guests will be asked to queue outside the gallery to avoid overcrowding. Only those in the gallery will be able to attend the event.

The exhibition Anno's Journey: The World of Anno Mitsumasa is on display in the Japan House Gallery until 27 October 2019.

About the Performer
Kuroda Haruka trained at Guildford School of Acting. She now works in TV, film and theatre. She also works as a voice-over artist and as a teacher of stage combat and martial arts.

About the Director
Vicky Ireland is a writer and director of children’s theatre and was awarded the first MBE for services made to Children’s Theatre. She was Artistic Director at Polka Theatre in Wimbledon for 14 years; presented TV’s Words and Pictures for 12 years and now works as a freelance director and writer.

About A Thousand Cranes
A Thousand Cranes was founded in 2006 by performer Kumiko Mendl and writer and director Vicky Ireland to bring the many fascinating stories and cultures of Japan to UK audiences. They have performed throughout the UK and abroad. A Thousand Cranes is an Artistic Associate of artsdepot.