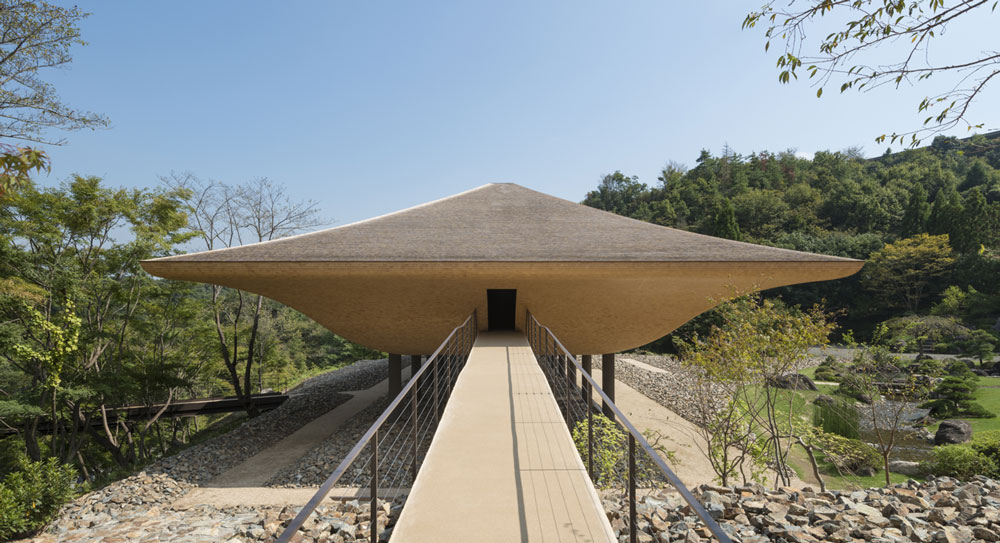 In conjunction with the publication of ‘The Art Lover’s Guide to Japanese Museums’ in July 2019, Japan House is hosting a talk on Japanese museums by its author, art historian and researcher Sophie Richard.

Having visited close to 200 venues nationwide and conducted in-depth interviews with museum curators and directors, Sophie Richard provides an unrivalled insight into the world of Japanese museums, which can sometimes appear quite difficult to navigate due to the lack of information available in English.

While explaining the methodologies and scope of her research, she is joined in conversation by Swiss-based architect Kodai Yuichi to discuss museum design with a focus on one particular building, the art pavilion KOHTEI. Designed by SANDWICH INC (of which Kodai Yuichi is a member) and contemporary artist Kohei Nawa, the award-winning KOHTEI was built in the Shinshoji Zen Museum and Gardens in Fukuyama in 2017.

In conversation with Kodai, Sophie discusses why the building was chosen as the cover for her new book, providing a catalyst to explore why museums should be telling stories and how it is possible to unravel them.

Sophie Richard’s book ‘The Art Lover’s Guide to Japanese Museums’ is available to purchase in The Shop at Japan House London from Monday 22 July. Following the talk, participants who purchase the book in The Shop have an opportunity to get their copy signed by the author herself. This event is followed by a reception with drinks generously provided by Tengu Sake.

Sophie Richard was born in Provence and educated at the Ecole du Louvre and at the Sorbonne in Paris.  Having worked in the art world in New York before moving to London where she now resides. Her articles on Japanese museums have appeared in magazines in the United Kingdom, the United States and Japan. She has lectured for the Japan Society, the How To Academy and the Daiwa Foundation, London; the Sainsbury Institute for the Study of Japanese Arts and Culture, Norwich; and the National Art Centre, Tokyo among others. Her first book was published in 2014 and then translated into Japanese. In 2015 Sophie received the Commissioner’s Award from the Agency of Cultural Affairs in Tokyo, in recognition for her work in bringing Japanese culture to a wider audience.
Her new book ‘The art lover’s guide to Japanese museums’ is published in July 2019.

Kodai Yuichi founded architecture and design studio Kodai and Associates in Kyoto before moving his base to Zurich, Switzerland in 2019. He graduated from AA School in London and worked with Herzog & de Meuron as a core member of the design team on various projects around the world, including Perez Art Museum Miami and TATE Modern. He then founded the architecture department in SANDWICH Inc, Kyoto, in 2013 with contemporary artist Kohei Nawa where he completed the award winning KOHTEI in Fukuyama City in 2017. He is currently carrying out several projects in Kyoto, Tokyo, London, and Madrid.