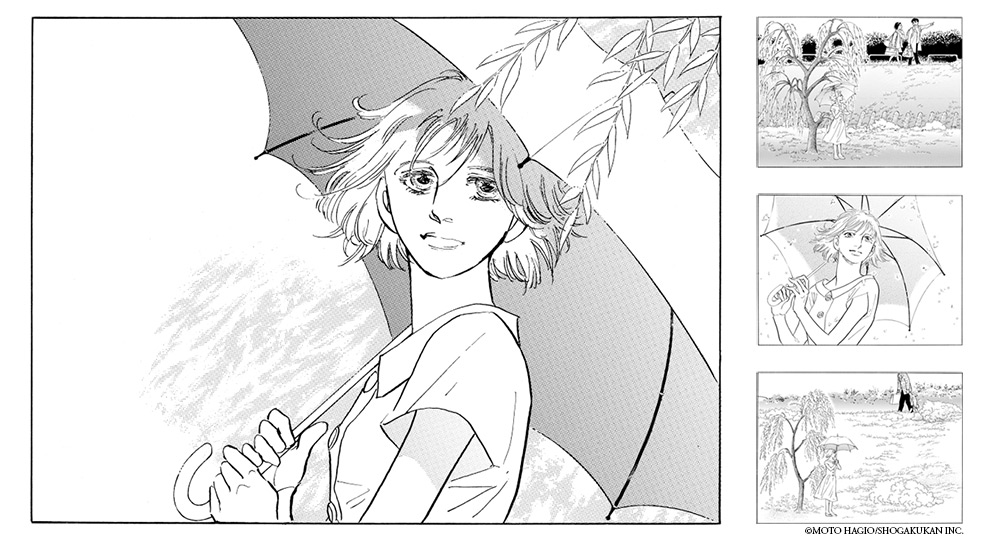 One defining characteristic of manga is its broad appeal – a major part of the Japanese publishing industry since the 1950s, comics in Japan are read by all genders and ages and encompass a wide range of genres targeted to diverse demographic groups.

Since the post-war period two marketing categories have come to dominate the industry: shōnen manga (manga aimed at boys) and shōjo manga (manga aimed at girls). Published in specialist magazines targeted at their respective audiences, both types of manga deal with a range of themes reflecting the interests and desires of their readerships.

The special evening features one of the foremost and most beloved artists of shōjo manga, Hagio Moto. One of a group of innovative female manga artists who came to prominence in the 1970s, Hagio Moto and her peers are credited with pioneering many of the developments that have come to define modern shōjo manga and transformed it into the wide-ranging and highly popular genre it is today, experimenting with content and style and developing new subgenres including shōnen-ai (stories featuring love between boys).

Hagio will be joined in conversation with editor Furukawa Asako who will provide a special behind-the-scenes perspective on the role of the editor in the collaborative, fast-paced and complex manga industry.

Hagio Moto
Manga artist Hagio Moto made her professional debut in 1969 at the age of 20 with a short story ‘Lulu to Mimi’. Her major works include ‘The Poe Clan’, ‘The Heart of Thomas’, ‘They Were Eleven’ and ‘A Cruel God Reigns’. Often considered a ‘founding mother’ of modern shōjo manga, Hagio’s works contributed greatly to the development of the genre and influenced generations of manga artists.

Furukawa Asako
Since joining Shōgakukan in 1995, Furukawa Asako has edited numerous manga titles and currently is the Deputy Editor of the popular monthly shōjo manga magazine 'Flowers'. She edited a new publication of Hagio Moto’s The Poe Clan for its 40th anniversary in 2016 and continues to work closely with Hagio Moto as an editor.