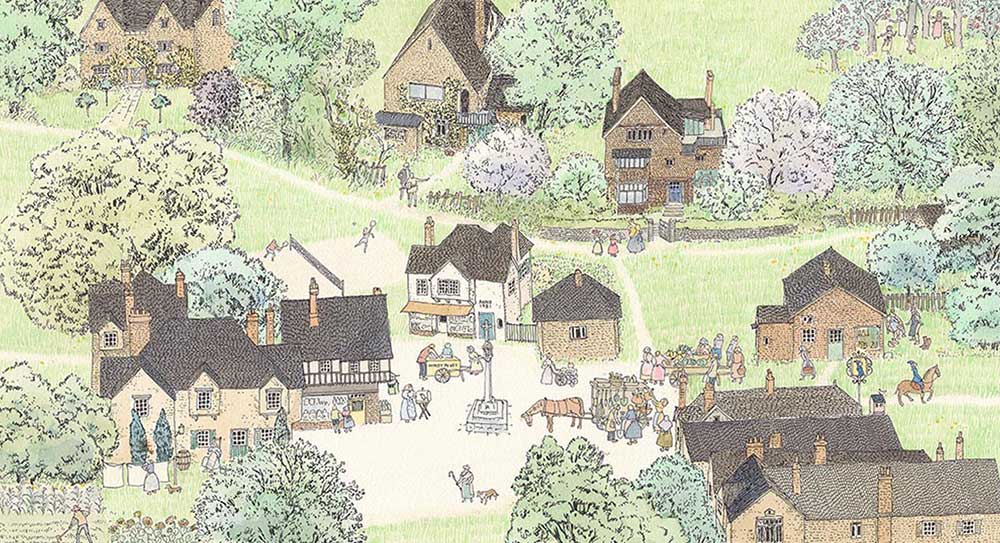 On Silver Sunday, Japan House London is delighted to present a special concert by the Tsubasa Children’s Choir, taking the audience on the journey of Anno Mitsumasa’s life work on the notes of Japanese songs directed and accompanied on piano by its founder, classical musician Jason Kouchak.

On this special celebration day, together with iconic Shōwa period songs, they are also performing their interpretation of the well-known piece Sakura Sakura.

Let yourself feel the spirit to the Shōwa era while experiencing Anno’s book illustrations and listening to the choir’s vision of hope and harmony expressed through Japanese songs of childhood nostalgia.

One of Japan’s most beloved and prolific illustrators, Anno Mitsumasa was born in 1926, the first year of the Shōwa era which would come to encompass most of Japan’s social and economic changes. From the struggles of early modernity to post-war economic growth, and the outward-looking approach to the rest of the world with its sense of purpose and achievement, these six decades are carved in the collective memory, often eliciting a sense of longing for a lost past.

The exhibition Anno’s Journey: The World of Anno Mitsumasa is on display in the Japan House Gallery from 22 August until 27 October 2019. This is a recurring event from Illustrated Concert by Tsubasa Children Choir Part 1 on 22 September 2019.

The Tsubasa Children's Choir was created by Jason Kouchak in 2011 as a direct response to the Tohoku earthquake and tsunami of the same year. The choir has performed twice at London Matsuri festivals and at Kew Botanical Gardens in 2012. During the Queen's Diamond Jubilee celebrations in 2012 two members were honoured to sing a song of hope ('Tsubasa wo kudasai') for Emperor Akihito and Empress Michiko.

Jason Kouchak is a classical pianist and the director and founder of the Tsubasa Children's Choir. He has recorded five albums, two of which at Abbey Road Studios and has performed at the Royal Festival Hall (London), Salle Pleyel (Paris), the Mariinsky Theatre (Saint Petersburg) and given recitals in Dubai, Budapest, New York, Japan and at the Edinburgh International Festival. Jason has also appeared on British Television (BBC) and the Japanese Broadcasting company (NHK) performing his own musical compositions and has toured globally as a classical pianist sponsored by Yamaha pianos.