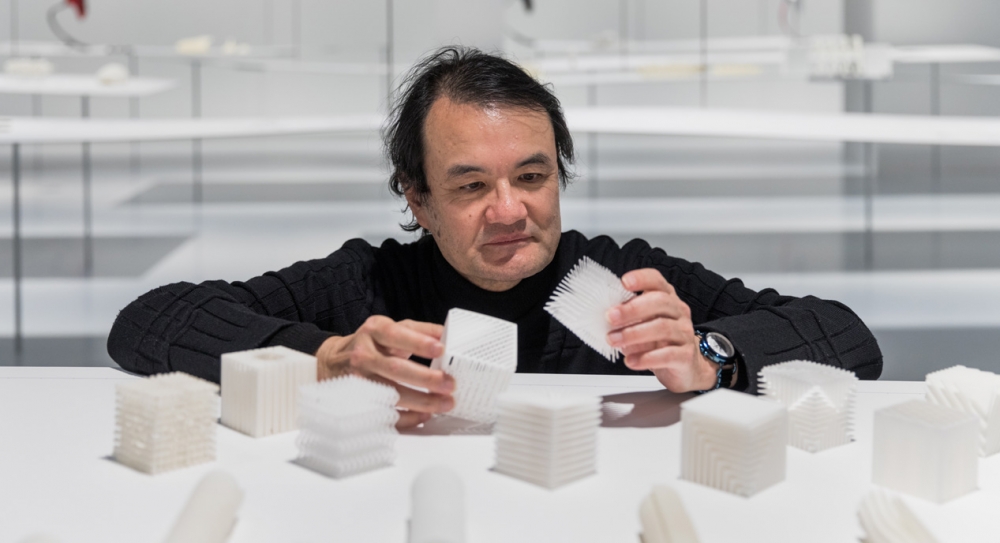 Directed by Professor Yamanaka and featuring cutting-edge prototypes from his University of Tokyo laboratory, the exhibition ‘Prototyping in Tokyo: Illustrating Design-led Innovation’ has been on display at the Japan House Gallery since January and closes on 17 March 2019. Shortly before the exhibition ends, Professor Yamanaka returns to London to give a talk outlining his approaches to prototyping and how design engineers can realize ‘design-led innovation’.

Focusing on ‘the power of making’, the panel discussion explores a wide range of topics such as ‘fixing’, ‘the value of mastery’ and the social role of the designer, offering us a glimpse into ‘Design Futures’. The event is followed by a reception with Asahi Super Dry generously provided by Asahi UK.

Professor Yamanaka Shunji is the founder of Leading Edge Design and Professor at the University of Tokyo; he is one of the most respected design engineers in Japan, with previous works ranging from wristwatches to railway carriages. Recently, Yamanaka’s projects include beautiful prosthetics and life-like robots that re-examine the relationship between humans and machines. Numerous honours include: the 2004 Mainichi Design Award, the iF Design Award, and multiple Good Design Awards (backed by the Japan Ministry of Economy, Trade, and Infrastructure). His 2010 work, Tagtype Garage Kit, is part of the New York Museum of Modern Art’s permanent collection.

Professor Mike Walker is the Head of Design at Goldsmiths, University of London; he has been in the design discipline and profession for 25 years, designing objects, services, products and new technologies. Mike holds a range of patents from his time in industry and continues to develop design innovation research through Goldsmiths Prospecting and Innovation Studio (Pi Studio), which focuses on innovation research for a wide range of international organisations. He is very interested in helping organisations use design to build capability in both industry and society. With the team in the Pi Studio he has worked with governments on supporting start-ups, and community psychologists on amplifying innovations in communities from the street level to larger scales using design. The studio has run live research projects for Goldsmiths staff and students with the BBC, LG Electronics, Microsoft Research, Kodak, BT Labs and others.

Professor Daniel Charny is an internationally recognised creative consultant, curator and educator with an enquiring mind and an entrepreneurial streak. He is co-founder of the creative consultancy From Now On, where clients include the British Council, U+I, Heatherwick Studio and Google. He is also co-founder of the newly formed think-and-do-tank FixEd. Charny is best known as curator of Power of Making, one of the most popular shows in the history of the V&A. His previous curatorial projects include The Aram Gallery which celebrated prototyping and experimentation. In recent years his passion is growing Fixperts, a socially-oriented, problem-solving learning programme taught worldwide. He is Professor of Design at Kingston School of Art Centre for Research Through Design.

Dr Tamari Tomoko is a lecturer of sociology at the Institute for Creative and Cultural Entrepreneurship, Goldsmiths, University of London. She is managing editor of Body & Society (SAGE). Her long-standing research interests focus on consumer culture and the Japanese new women, which will be discussed in her forthcoming book entitled, Women and Consumer Culture: the Department Store, Modernity and Everyday Life in Early Twentieth Century Japan (Routledge). One of her recent publications is ‘Body Image and Prosthetic Aesthetics’ in Body & Society (2017) Vol.23 (1), which introduces the high-tech prosthesis, Rabbit, designed by Yamanaka Shunji. She is currently working on the following areas: the body image and technology; moving image and human perception; Paralympics, city and architecture.

Robotic Futures: Design Perspectives at the Royal College of Art