Colours, Clothing and the Seasons in The Tale of Genji: A Talk by Dr Jennifer Guest 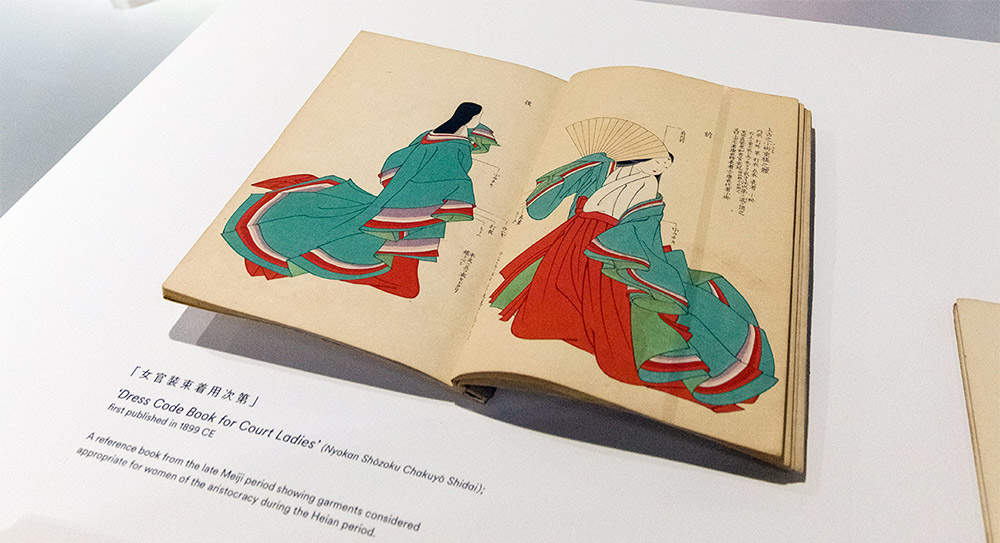 Often referred to as the world’s first novel, The Tale of Genji is arguably the classic work of Japanese literature. Written by Murasaki Shikibu, a lady-in-waiting at the imperial court in Kyoto in the early 11th century, the novel tells of the romantic encounters of Shining Prince ‘Genji’, painting a vivid picture of the lifestyles of the noblemen and women of the contemporary Heian court through its detailed descriptions of their colourful clothing.

In this talk, Dr Jennifer Guest, Associate Professor of Classical Japanese Literature at the University of Oxford, introduces the Japanese classic for a UK audience, placing it into its historical and cultural context, and exploring the significance of its focus on colours, clothing and seasonality.

One feature of the novel is its exquisite depictions of Kasane, combinations of colour layered one on top of the other, chosen to reflect the natural world and the changing of the seasons, which were often found in the garments worn by the colour and fashion-conscious aristocracy of the Heian court.

Such depictions in The Tale of Genji have been an invaluable resource to master-dyer Yoshioka Sachio, whose workshop’s commitment to recreating the colours of this period is explored in Japan House London’s current exhibition ‘Living Colours: Kasane – the Language of Japanese Colour Combinations’ on display in the Gallery at Japan House from 5 April to 19 May 2019.

Dr Jennifer Guest is Associate Professor of Japanese at the University of Oxford and a fellow of the Queen’s College, where she teaches topics in classical Japanese language and literature. Her research focuses on the reception of Chinese texts and modes of writing in early Japan, particularly within court culture of the tenth to thirteenth centuries - the age of iconic works like The Pillow Book and The Tale of Genji, and of crucial developments in poetic and literary thought. She is interested in the practices of literacy, education, and commentary surrounding Chinese-style texts, in the varied ways that premodern Japanese readers and writers used these texts as a creative resource, and in comparative approaches to thinking about translation and the spread of literary languages; recent projects range from an article on storytelling and wordplay in medieval Japanese poetic commentaries to a collaborative book project on translation in East Asia.

Urasawa Naoki - Artist as Explorer: A talk by Helen McCarthy

Teikuhiko - A Talk by Hara Kenya at Design Museum

The Enthronement of His Majesty The Emperor Naruhito

Sake Tasting Events at The Shop

A Timeless Palette: The Story of wa no iro - Japanese Colours | Supported by Japan House