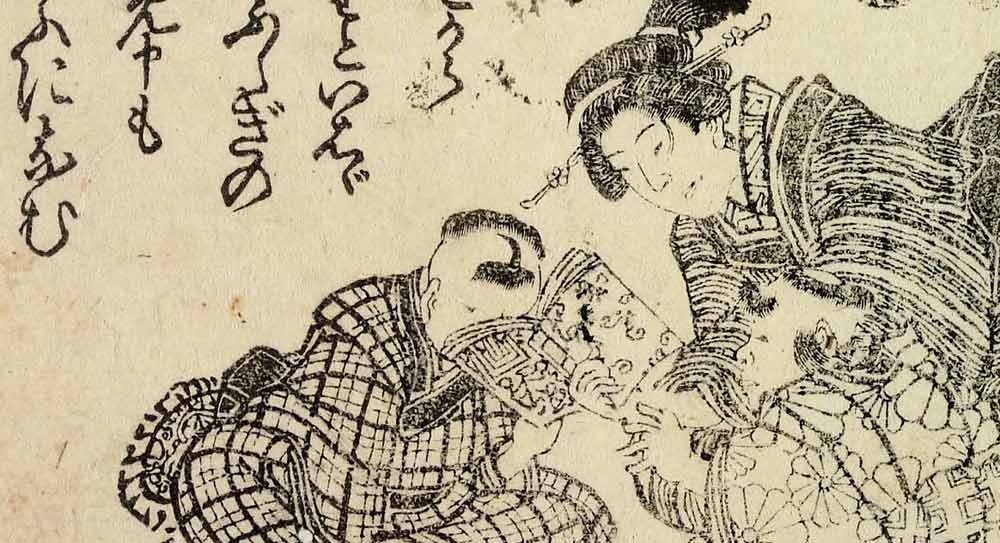 Learn about the history of children’s picture books in Japan in this special talk by Japanese early modern literature expert Dr Laura Moretti (University of Cambridge).

The talk accompanies the Anno’s Journey exhibition which explores the work of beloved Japanese illustrator Anno Mitsumasa, who is best known for his picture books. While Anno’s works were published from the late 1960s onwards, this talk delves deeper into Japan’s past to uncover the lesser-known history of picture books for children in the early modern period.

In 1678 the sash maker Obiya Jirōkichi lost his young son Chōkurō. As a memorial offering for his child, Jirōkichi sealed in a Buddhist statue a number of picture books that had belonged to Chōkurō. The recovery of this collection in the 1980s prompted the discovery of the child in early modern Japanese literature. It is now understood that throughout the Edo period (1600-1868) commercial publishers issued a considerable number of books that were packaged to entice young readers, as well as adults. From folktales to riddles, from songs to didactic prose, early modern Japanese children’s literature is a trove of tantalizing materiality and rich textuality.

This talk explores a selection of early modern Japanese children’s books, probing how they were constructed to offer cognitive engagement for novice readers and help them to develop diverse knowledge: interpersonal, ethical, practical, fictional and aesthetic.

The exhibition Anno's Journey: The World of Anno Mitsumasa is on display in the Japan House Gallery until 27 October 2019.

About the Speaker
Dr Laura Moretti is Senior Lecturer in Pre-modern Japanese Studies at the University of Cambridge. Her research focuses on early modern popular prose. Her interests extend to the history of the commercially printed book, the interaction between text and illustrations, and early-modern palaeography in Japan. Recent publications include: ‘Recasting the Past. An Early-modern Tales of Ise for children’ (Brill, 2016); ‘A Forest of Books: Seventeenth-Century Kamigata Commercial Prose’ (Cambridge History of Japanese Literature, 2016); ‘The Japanese Early-Modern Publishing Market Unveiled: A Survey of Edo-Period Booksellers’ Catalogues’ (East Asian Publishing and Society 2, 2012).