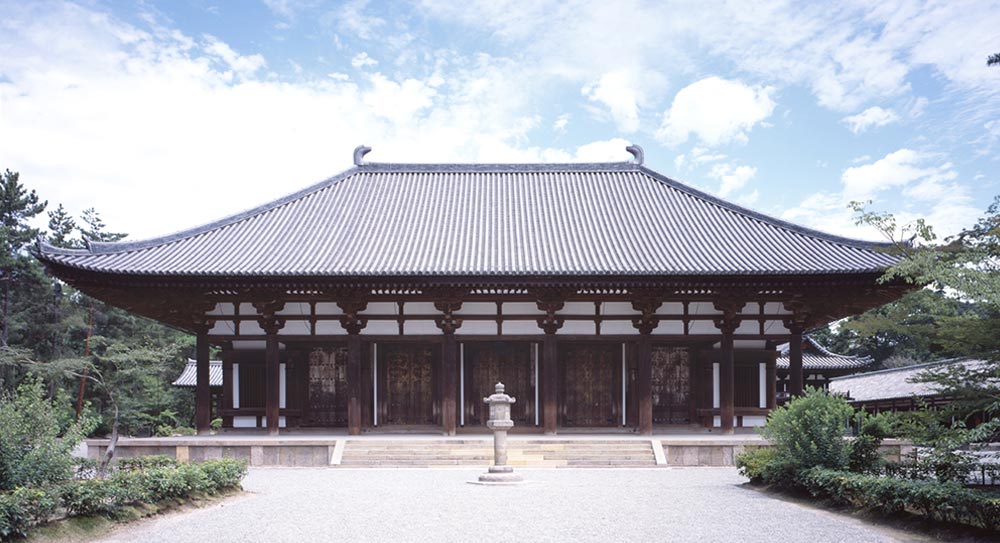 As part of Japan House’s season of events exploring the religions of Japan held in collaboration with Nara Prefecture, join us for a talk on the development of Buddhism in Nara by Nishiyama Myōgen, the 88th chōrō patriarch of Tōshōdai-ji (Tōshōdai Temple).

The most eastern point of the Silk Roads, the early culture of Nara prefecture was greatly influenced by new ideas and cultures arriving from continental Eurasia in the period from the 500s to the 700s CE such as Buddhism and the culture of tea.

Many Buddhist temples were built in Nara during this period. These include Tōshōdai-ji which was founded in 759 as a centre for Buddhist training by the Chinese monk Jianzhen who had been invited to Japan by Emperor Shōmu. Under Jianzhen and his successors, Tōshōdai Temple made an important contribution to the proliferation of Buddhism in Japan.

This event is part of a season of events allowing Japan House guests to experience the sacred rites and rituals of the religions of Buddhism and Shinto led by representatives from the temples and shrines of Japan’s ancient capital of Nara. It coincides with the British Museum’s display of rare Buddhist and Shinto treasures ‘Nara: sacred images from Early Japan’.