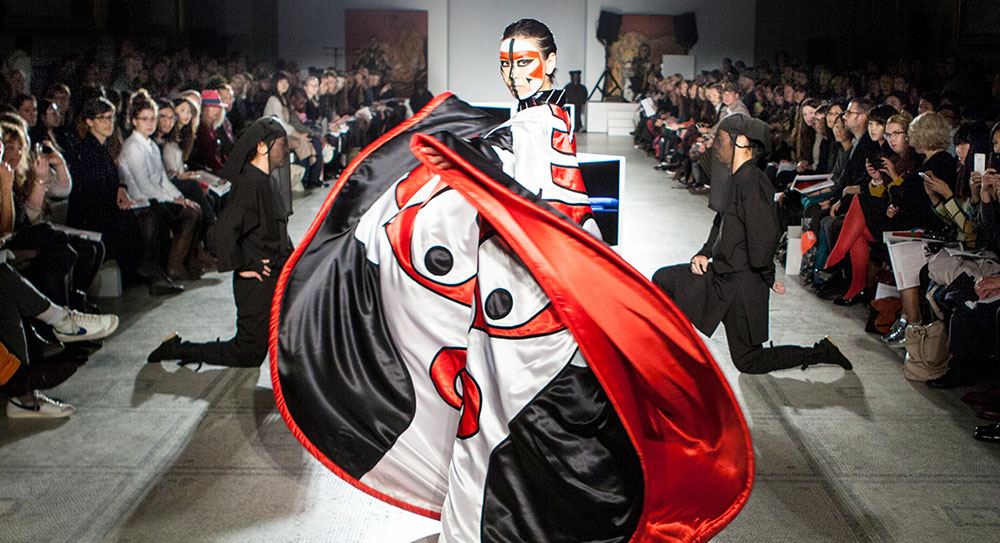 Dive into the creative world of internationally acclaimed fashion icon Kansai Yamamoto during this special talk at Japan House.

A seminal figure ahead of his time, following his debut in the London fashion scene in 1971, Kansai’s designs rose in popularity, been appreciated and worn by leading figures in pop culture including David Bowie, Stevie Wonder and Sir Elton John.

In this talk, Kansai shares the journey that led him to become the first Japanese designer to showcase a collection in the London fashion industry, exploring the huge impact it had on his eclectic style and presenting his ongoing activities in a variety of creative fields other than fashion which promote cultural exchange between Japan and the UK.

Kansai is later joined in conversation by V&A curator and fashion author Oriole Cullen to discuss his international exchange projects and how his visionary, genre-defying spirit still inspires and influences new generations of radical, daring designers.

Kansai Yamamoto Debuted in the fashion industry back in 1969, and quickly became a recognisable name for his avant-garde designs. He was the first ever Japanese fashion designer to execute a show in London and has toured the world showcasing his work at fashion collections in New York, Paris and Tokyo. His designs have been worn by David Bowie, Stevie Wonder and Sir Elton John among others. He is a founding board member of the Tokyo Fashion Designer Committee, and has numerous awards to his name, including the Good Design Award for his work on outfitting the Keisei Skyliner train in Tokyo.

Oriole Cullen is curator of Modern Textiles and Fashion at the Victoria and Albert museum, London. She previously worked as curator for Dress and Decorative Arts at the Museum of London where she co-curated 'The London Look: Fashion from Street to catwalk' (2004). Cullen has co-curated with Stephen Jones 'Hats: An Anthology by Stephen Jones' (V&A, 2009) and authored the accompanying publication. She is also responsible for the V&A's 'Fashion in Motion' series, showcasing the work of contemporary designers, and has curated the major exhibition ‘Christian Dior: Designer of Dreams exhibition’ currently on display at V&A.