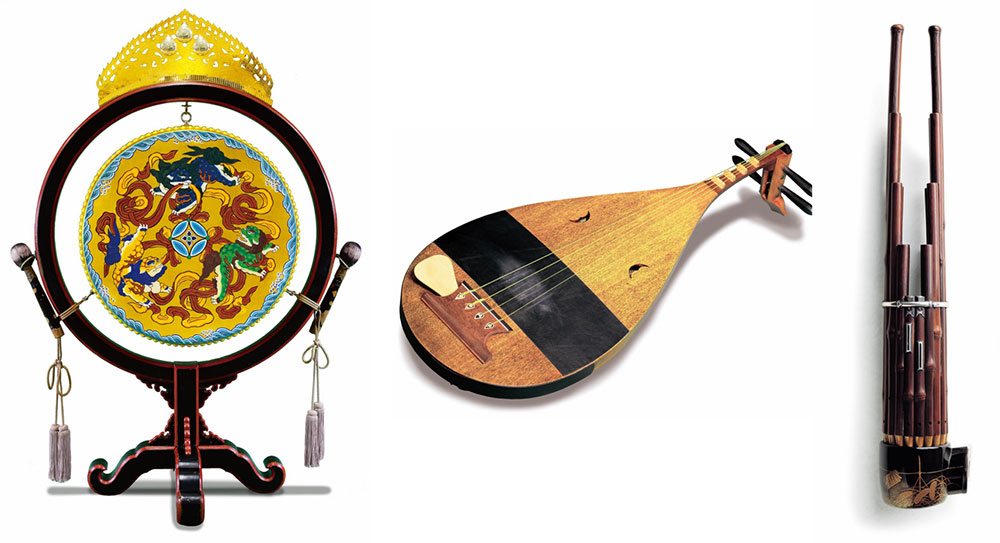 Following concert-lectures on the 24 and 25 October, these workshops by Tenri University Gagaku Music Society present a rare opportunity for Japan House guests to gain a first-hand experience of the distinguished courtly music tradition of Gagaku.

During the workshop guests can try the various instruments that make up the gagaku orchestra. These include the wind instruments, hichiriki, shō and ryūteki, the string instruments, koto and biwa, and various percussion instruments. With instruction from experienced musicians from the Tenri University Gagaku Music Society, participants then learn a simple excerpt from ‘Etenraku’, one of the most well-known melodies from the Gagaku repertoire and participate in a small performance at the end of the workshop.

Gagaku (lit. ‘elegant music’) is the oldest surviving music in Japan. It evolved into its present form around the 10th century CE as a fusion of musical traditions that had arrived from continental Asia through the Silk Road and native Japanese music and dances that had been handed down since ancient times. Gagaku has been performed at the Imperial Court ever since and in selected important Shinto shrines and Buddhist temples.

These workshops are part of a season of events held in collaboration with Nara Prefecture allowing Japan House visitors to experience the sacred culture of Japan. They coincide with the British Museum’s display of rare Buddhist and Shinto treasures ‘Nara: sacred images from Early Japan’.