The Meiji Restoration from the British Perspective 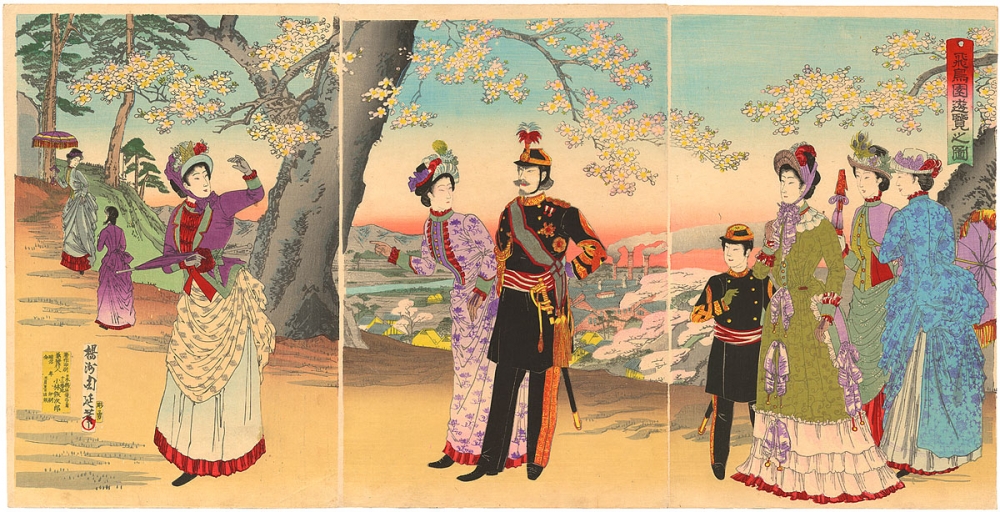 In January 1868 the Tokugawa Shogunate, who had controlled Japan for two hundred and thirty years relinquished power to the fifteen-year-old Emperor, now known posthumously as the Emperor Meiji. For its second event marking the 150th anniversary of the Meiji Restoration, the Japan Society has arranged this talk at Japan House by three scholars and researchers who will focus in this session on contemporary British connections with Japan.

In their talks, Lesley Downer, Ian Ruxton and David Warren, will consider the period leading up to and immediately following the Meiji Restoration. They will look at the impact of the West, first America and then Britain and other European nations, on the course of events. From the broad perspective, the focus will switch to Ernest Satow, British diplomat in Japan, who was the great reporter on the political situation in Japan. How accurate was his information? What role did he actually play in mediating between factions in Japan? Do we over-estimate his importance or, indeed, Britain’s special friendship with the Meiji government?

The diverse approaches taken by novelist, historian and biographer in researching their subject matter will inform the three presentations during this special session. They will be followed by a panel discussion, with audience question and answer.

Lesley Downer first went to Japan more than thirty years ago and her life has revolved around Japan ever since. She is the author of many books on Japan, including 'Geisha: The Secret History of a Vanishing World', 'Madame Sadayakko: The Geisha who Seduced the West' and a quartet of novels set in the turbulent period before and during the Meiji Restoration: 'The Last Concubine', 'The Courtesan and the Samurai', 'The Samurai’s Daughter' and 'The Shogun’s Queen'.

Ian Ruxton is Professor of English at Kyushu Institute of Technology, in Kitakyushu city. His research is in the area of Anglo-Japanese relations (c. 1850-1940), and in the whole life and letters of Sir Ernest Satow, not only his time in Japan. He has been President of the International Association for Japan Studies since April 2017. Most recently Ian has published in two volumes 'The Diaries of Sir Ernest Satow, 1912-1920'.

David Warren is Chairman of the Japan Society. He was British Ambassador to Japan from 2008 to 2012. His career in the British Diplomatic Service focused on East Asian affairs and he served three times in the British Embassy in Tokyo as well as two years as head of the China Hong Kong Department in the Foreign Office in London (1998-2000). He retired from the Diplomatic Service in January 2013, and is now writing a biography of Ernest Satow.