The Geometrist
by Tomoko Azumi 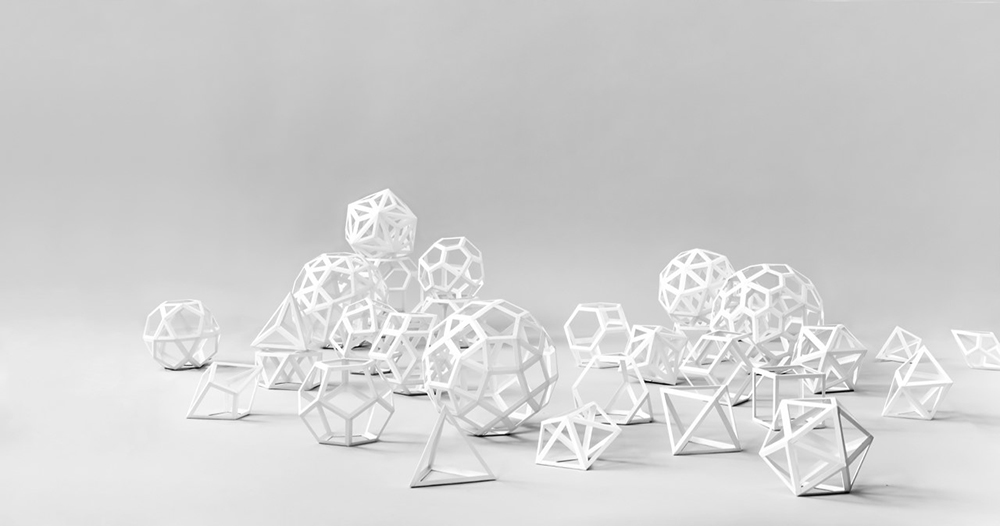 Enjoy the pop-up display of beautiful and complex polyhedra (geometrical structures) made from Takeo paper, on the ground floor at Japan House. The display has been created in collaboration with Japanese designer Tomoko Azumi, founder of London based TNA Design Studio, and uses the studio's ‘The Geometrist’ paper DIY kit which can be used to create a range of polyhedra using only folded strips of paper and glue.

About the designer:
Born in Hiroshima, Japan in 1966, Tomoko Azumi trained as an architect at Kyoto City University of Arts before working for an architectural practice in Tokyo. She later studied Furniture Design at the Royal College of Art. Following a ten-year partnership as AZUMI, Tomoko Azumi opened t.n.a. Design Studio in 2005. Alongside her design practice, she has been involved in teaching at both BA and MA level, giving workshops and being a member of design prize juries including D&AD Design Award, UK; imm Köln Design Award, Germany; and Good Design Award, Japan.

Product concept:
'The Geometrist' is a paper DIY kit to make polyhedra. The first two series consist of templates for Platonic Solids, five regular polyhedra known from ancient times. With a simple method of folded paper strips and gluing corners, this kit provides outline polyhedral structures, which allows you to enjoy three-dimensional forms better than surface models, as well as showing the possibilities to extend the paper structure beyond the basic polyhedra. In November The Shop at Japan House will be selling ‘The Geometrist’ DIY paper kit by TNA Design Studio.