Secrets of the SHAKUHACHI

*Entry is on a first-come first-served basis (doors open from 30 minutes before the performance begins; capacity is limited). 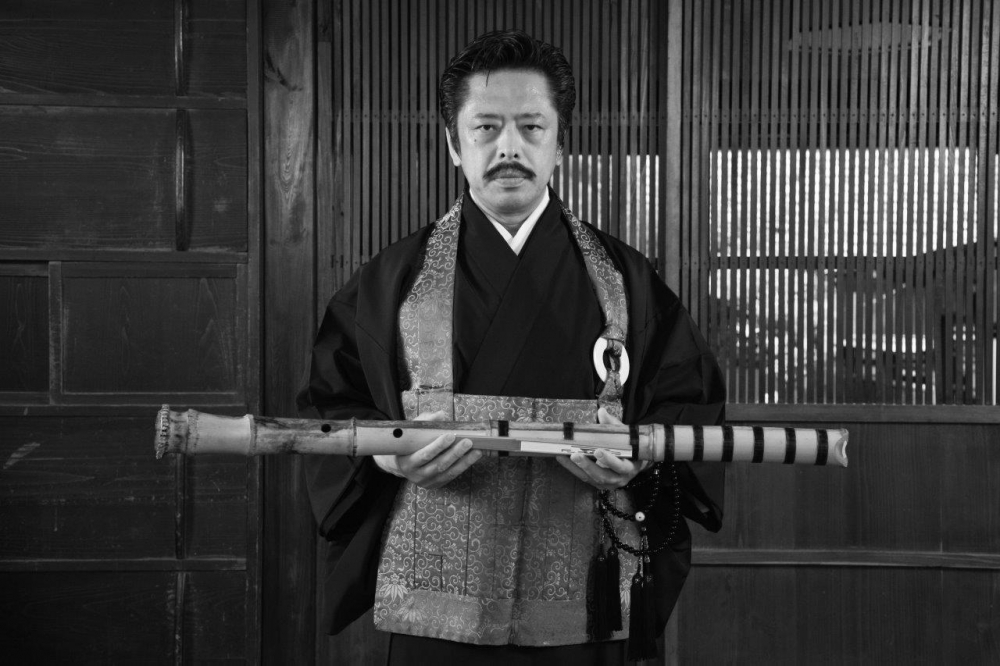 This afternoon concert-lecture presents an immersive introduction to the shakuhachi – the Japanese vertical bamboo flute.

A deceptively simple instrument with just five finger holes and no mouthpiece, the shakuhachi is capable of an extraordinarily broad and complex range of musical expression.

A professor at Osaka University of Arts as well as an accomplished performer, Shimura Zenpo will explore the history of the shakuhachi and its diverse representations through a combination of performance and lecture.

This event coincides with the World Shakuhachi Festival 2018 which will take place in a number of venues in London from 31 July – 4 August.

About the performer:
Shimura Zenpo studied shakuhachi under Sakai Chikuho, the founder of the Chikuho School, and later under Sakai Shodo, the third headmaster of the Chikuho School. In addition, he learned the characteristics and performance techniques of komusō shakuhachi from players around Japan. He has a doctorate in shakuhachi research, and he is currently a professor in the music department at Osaka University of Arts. Shimura has produced and premiered many contemporary shakuhachi works, and his recent work has focused on ‘Cyber Shakuhachi’, a project which combines shakuhachi music with digital technology.