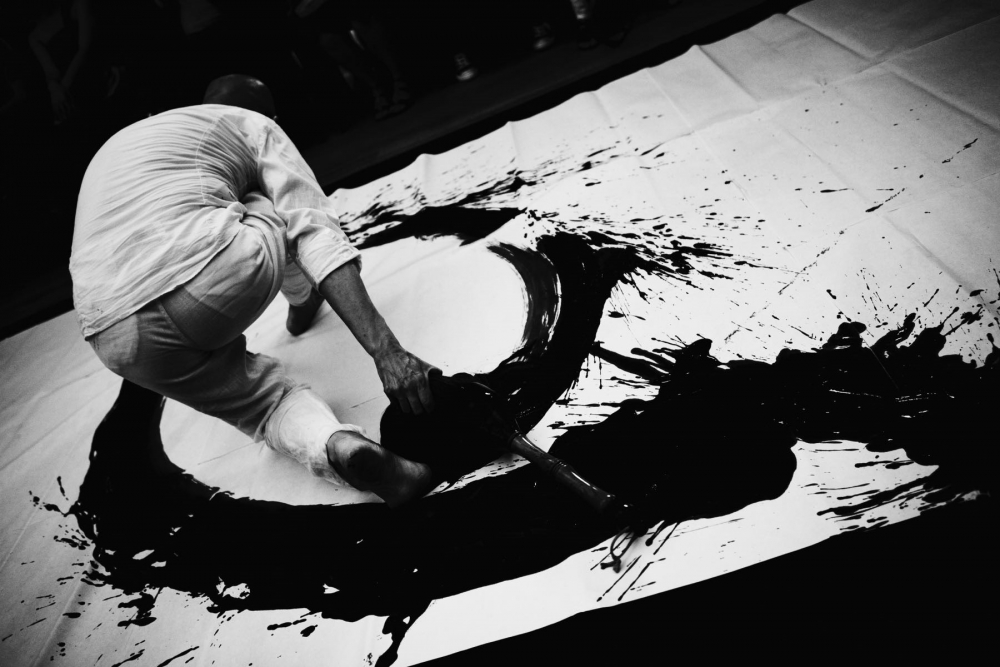 Contemporary Japanese artist and calligrapher Nakajima Hiroyuki will demonstrate his process of creation through a live uninterrupted performance. Inspired by his own practice of Tai Chi and Asian dance, Nakajima intuitively uses his whole body to write each character in one continuous movement with no pause.

The performance will be preceded by a screening of a specially selected extract from the 2018 calligraphy documentary ‘Traces of the Soul’, and will be followed by a short talk by Nakajima and audience Q&A.

Born in Japan in 1956, Nakajima began to learn Japanese calligraphy at the age of 6. In his 30s he decided to become an artist and started to create works based on Japanese calligraphy. He held his first exhibition in Europe in 2000 in a contemporary art gallery in Rome. At the same time, he began to stage performances of his drawing technique which was influenced by Tai Chi. Since the year 2000, he has continued to hold exhibitions and performances in Japan, Italy, France, Finland, Germany and the USA.