*Capacity is limited (doors open 30 minutes before the talk begins). 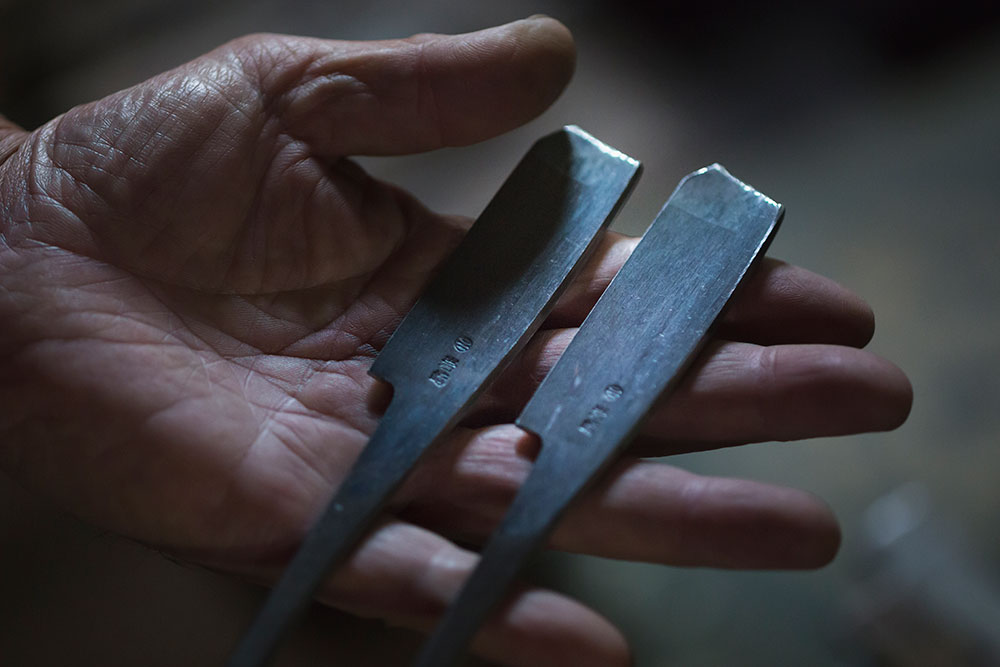 During the Late Night Opening of Japan House, a talk about Japanese blades by three leading craftsmen from Tsubame-Sanjo, who specialize in making Japanese razors, knives, hatchets, hoes and gardening tools, will take place. It is a rare opportunity to hear from Mizuochi Ryoichi of Sanjo Seisakusho, who is the last Japanese razor craftsman in Japan; Hinoura Tsukasa of Hinoura Hamono, who is recognized as a Master of Japanese Traditional Crafts by the Japanese government; and Kondo Kazutoshi of Kondo Seisakusho, whose specialist skill in manufacturing a vast variety of hoes contributes to supporting the diversity of Japanese farming culture.

The talk will be followed by informal gallery tours and a sake reception.

The Sanjo Seisakusho company was founded in 1947 by Iwasaki Kosuke, a respected authority on metallurgy who had conducted scientific research on Japanese blades, especially swords. In addition to western-style razors, their Japanese razors and small knives are renowned in various parts of the world for their sharpness. In 2014, Mizuochi Ryoichi was acknowledged as a Master of Traditional Crafts by the Japanese government.

Founded in 1905, Hinoura Hamono produce knives using age-old Japanese techniques, overseeing the entire manufacturing process themselves. As a factory that can forge any type of knife, they receive large numbers of orders from around the world for unusually shaped designs. In 2012, the third-generation Hinoura Tsukasa was recognized as a Master of Japanese Traditional Crafts by the Japanese government. He currently runs the workshop with his son Hinoura Mutsumi.

Founded more than a century ago, Kondo Seisakusho originally operated as 'Gorokichi', a metalsmith supplying local farmers. The workshop went on to inherit the art of forging and improved its collective skills. In addition to taking special orders from various regions and individuals, they continue to create high-quality hoes that offer a refreshing experience each time they are used. Their motto is "the virtue of products lies in efficiency". In recent years, Kondo Seisakusho has begun producing gardening tools.