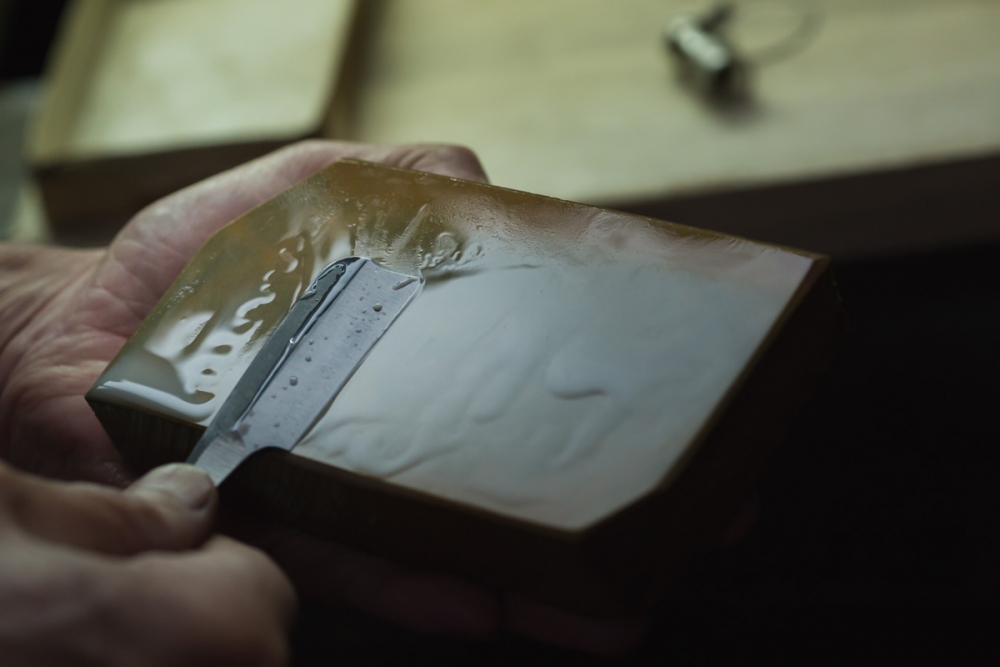 The Japanese razor, wa-gamisori, is a tool unique to Japan which was originally used by samurai to shave the top of their heads. Composed of a bar of iron with steel forged onto the blade portion, the razor is sharpened to an extremely thin edge, capable of cutting hair on contact.

This demonstration of the extreme precision and attention to detail required for the final steps of finishing and sharpening a Japanese razor is led by the last Japanese razor craftsman in Japan, Mizuochi Ryoichi from the workshop Sanjo Seisakusho.

The Sanjo Seisakusho company was founded in 1947 by Iwasaki Kosuke, a respected authority on metallurgy who had conducted scientific research on Japanese blades, especially swords. In addition to western-style razors, their Japanese razors and small knives are renowned in various parts of the world for their sharpness. In 2014, Mizuochi Ryoichi was acknowledged as a Master of Traditional Crafts by the Japanese government.