‘Beyond Words’ Talk + in conversation with translator Suzuki Sayuri 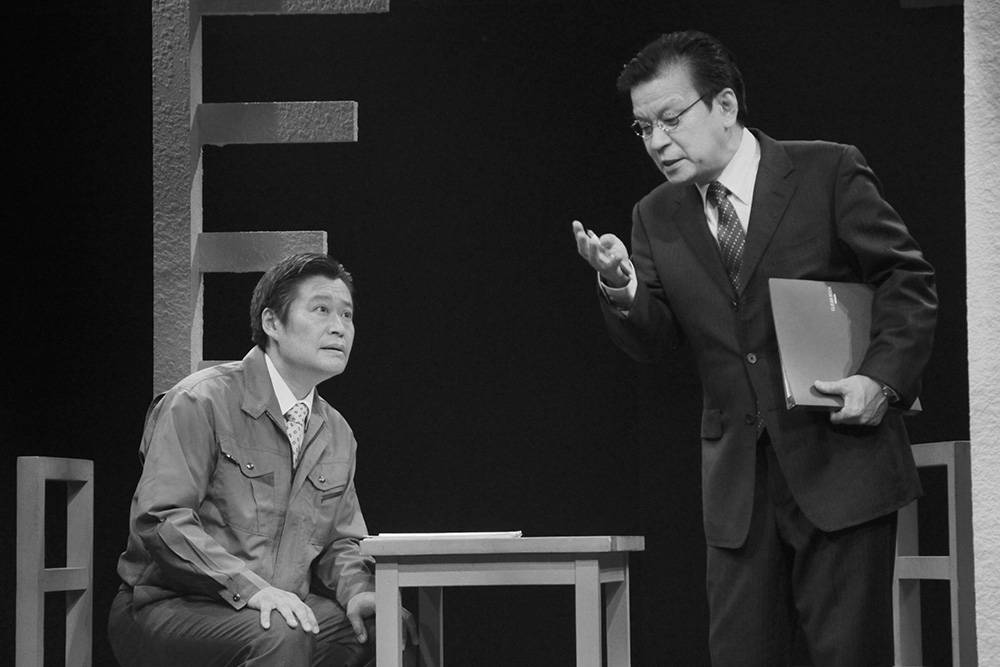 Renowned Japanese playwright Kojo Toshinobu gives an illustrated talk on his work. He is joined in conversation by longstanding translator Suzuki Sayuri to discuss the invisible meanings attached to words and how to translate those cultural nuances. The talk will be moderated by theatre scholar Dr Valerie Kaneko-Lucas (Regent’s University London).

This event is part of ‘Winds of Change/Ashita no Kaze - Japanese Contemporary Plays and Playwright Series’, an exciting month-long festival organised by Yellow Earth Theatre, StoneCrabs and One Two Works.

If you are unfamiliar with the work of Kojo Toshinobu, there will be a script-in-hand performance of his new play ‘Dilemma, Dilemma’ on Thursday 27 September from 19:00 at Marylebone Theatre, London.

Kojo Toshinobu has worked in theatre for more than 30 years as a director and playwright. His work confronts serious social problems through journalistic analysis, emphasizing factual information with aesthetic considerations. He is the founder of theatre company One Two Works, Japan's first documentary theatre company; an executive director of the Association of Japanese Theatre Companies; and a teacher at Saitama Prefectural High School of The Arts and Tokyo Metropolitan Senior High School of Fine Arts.

Born in Tokyo Japan, Suzuki started working as a freelance interpreter in theatre. She has translated many English plays into Japanese including ‘The Floating Light Bulb’ and ‘The Arab-Israeli Cookbook’ for which she was awarded the Yuasa Yoshiki Translation Award in 2007. She has also translated a number of Japanese plays into English including several plays by Kojo Toshinobu.

Dr Valerie Kaneko-Lucas is Course Leader of the BA Acting & World Theatre at Regent’s University London. She trained as a director and scenographer at the Sherman Theatre Cardiff and Theatre Die Raben in Germany. She has created work for the British Council, Welsh National Opera, the National Theatre and Nantes Carrefour d’Europe. For StoneCrabs, Valerie designed The Asphalt Kiss (London, 2012), Tieta (R&D 2015), and Skin in Flames (Park Theatre, 2014). She was a panellist on Winds of Change/Ashita No Kaze Volume 1 and is pleased to be part of this year’s festival.

Event in collaboration with: